The Willamette Meteorite, the largest found in the US at 15.5 tons, nicely pitted, and composed of 91% iron and 7.62% nickel.

Interesting that there is no impact crater at its discovery site.  The lack of an impact crater at the discovery site was only explained after the 1920's, with the new understanding about the Missoula Floods, one of the largest floods documented, caused by the collapse of an ice barrier during the last deglaciation. The meteorite presumably landed on an ice cap in what is now Montana or western Canada, and was transported as a glacial erratic(dragged by the glacier ice) to the vicinity of an ice barrier that formed across the Clark Fork River. This barrier had ponded a huge amount of water at the Lake Missoula right at the time when the meteorite reached the area and the ice barrier became unstable and breached. The resulting flood involved up to 10 million cubic meters per second of water discharge, with large blocks of ice rafting down the Columbia River and the Willamette Valley at the end of the last Ice Age (~13,000 years ago).[6] Some of these ice rafts included boulders (named erratics by geologists) like the Willamette meteorite, which eventually sunk in the flood waters and settled where they were found by humans. 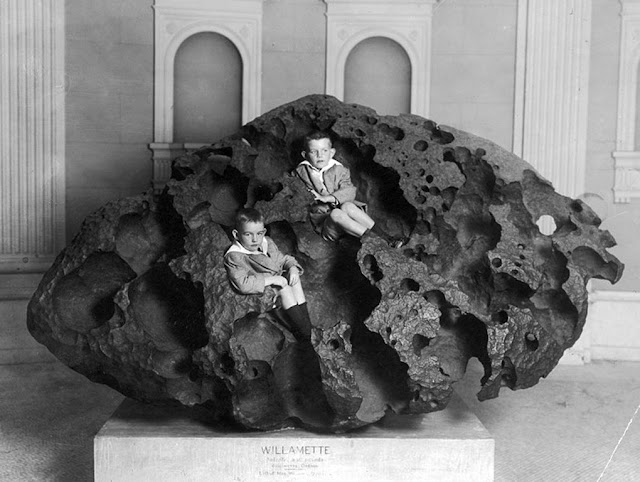