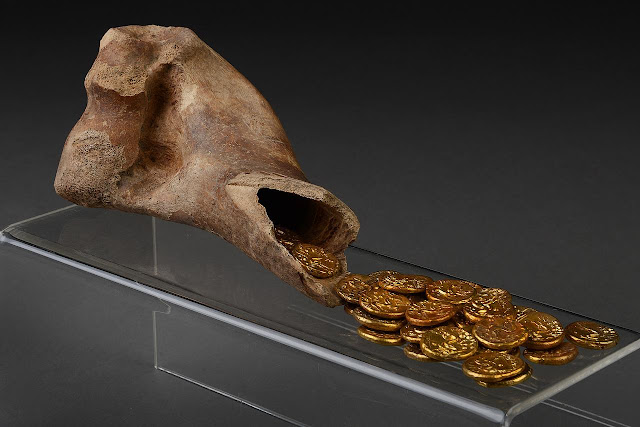 This Iron Age hoard of 32 Gallo-Belgic E gold coins, known as ‘staters’, was found buried in a cow bone during archaeological excavations at Sedgeford, Norfolk in August 2003. The coins were made by the Ambiani tribe of Gaul in what is now Northern France. The Ambiani fought against Julius Caesar’s Roman army. It is believed British mercenaries were also involved in the fighting. After defeat, the mercenaries or even refugee Gauls travelled to East Anglia to escape to safety.There are two theories about why the hoard was buried; first it may have been a votive offering to the Gods - a thank you for safe passage. The other theory is that they were buried to hide them and for whatever reason were never retrieved.