The first woman in space was Valentina Tereshkova 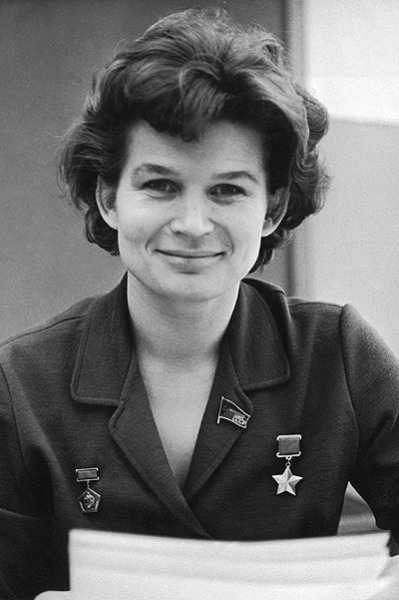 As any American school child would know, of course. 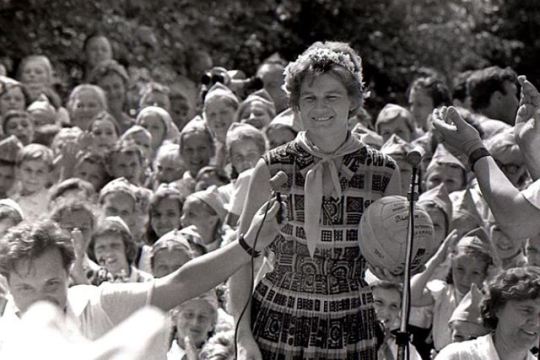 On June 16, 1963, she soared to the heavens with the Vostok 6 mission and orbited the Earth 48 times, spending almost three days in space. Fun fact: In order to join the Cosmonaut Corps, Tereshkova was inducted into the Soviet Air Force, but since the distinction was only honorary, she was the first civilian to fly in space. Two records, one trip.
Bonus fun fact: At the age of 77, Tereshkova said that she was ready to come out of retirement to go on a one-way trip to Mars, her favorite planet. 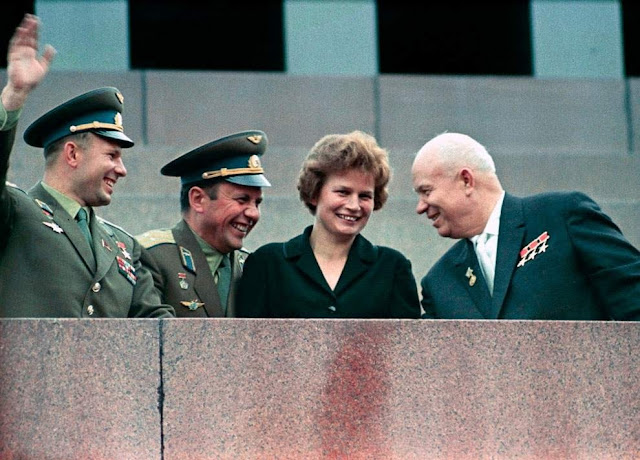 That might be Yuri Gagarin on the left, and Jeebus Luis, did Khrushchev have a rubbery bullet head, or what?