A poignant relic from a time of true sacrifice.

Via the Feral Irishman, this Colt 1911, picked up during the Battle of the Bulge, shows severe damage from Nazi shrapnel. 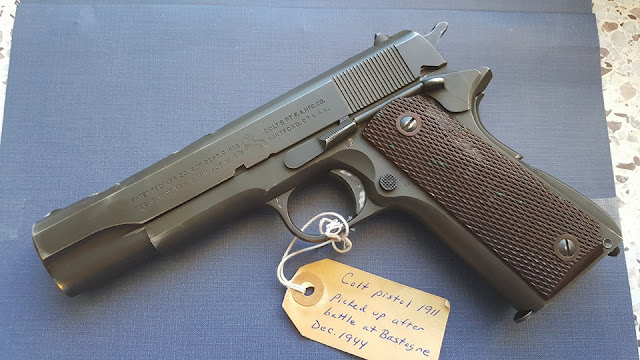 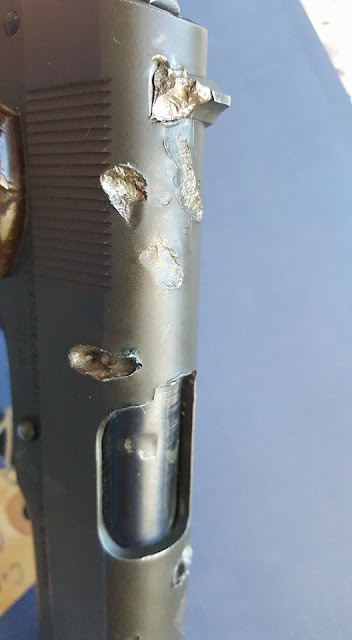 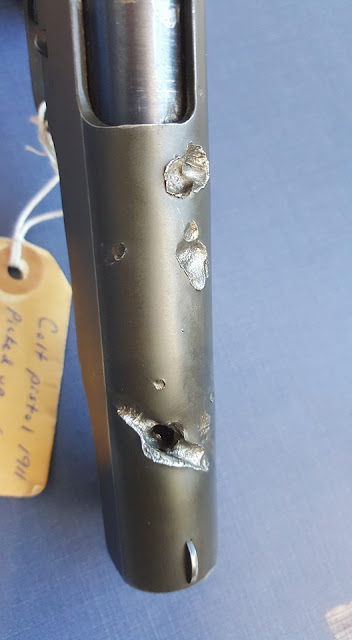 Complete with U.S. Government and U.S. Army markings as well as a rampant Colt on the slide, the M1911A1 GI is serial number 883714, which Colt lists as belonging to a 1943-made gun, meaning the .45ACP likely had only a year or so service on it before that fateful day in the Ardennes.
MacMurray:

I hope the hero who died with this at his side went quickly.
This is so representative of what the heroes of WWII went through…. . Not only in the Pacific theatre, but the German front also.
This was Bastogne in 1944.
It’s in a friends private collection and it took some doing to be able to photograph it.
I was shaking when I handed it back.
“I took these photos today.. A gentleman I know was kind enough to allow me that privilege.
Often times we get so caught up in the gun we forget the sacrifices.
This one really brings it home.
It is believed that the this damage is from artillery fire.
This weapon was very likely holstered at the time, and the soldier was facing the explosion.
I can’t begin to tell you how powerful of a sentiment this raised in my heart to hold this”
I shared this in a few historical groups I belong to, so some of you have already seen this, but it’s just too powerful of an artifact not to share with the rest of you.
Today I held hell in my hands.

In all, the U.S. Army suffered more than 89,500 casualties in the six weeks of the Battle of the Bulge, making it one of the largest and bloodiest battles fought by the nation’s servicemen.