Recent work being done to test a mysterious metallic-looking coating on stealthy aircraft has expanded to the F-117 Nighthawk and the F-35 Joint Strike Fighter. New images of both types show examples wearing the exotic skin coating that can go from appearing mirror-like to a matte-like depending on the angle at which it is viewed.

While the U.S. Air Force officially retired the F-117 nearly a decade and a half ago, examples continue to fly developmental and test missions, as well as fulfilling a stealthy adversary role. The testing of new coatings has long been part of the Nighthawk's post-retirement activities. Now, after an F-22 began flying with a mirror-like coating out of Nellis Air Force Base last November, and Scaled Composites 'Son Of Ares' demonstrator aircraft also donned the metallic finish a year and a half prior, we can say for certain that the F-117s have joined the metallic coating testing fray. The F-35, on the other hand, like the F-22, is a front-line platform. The fact that the Pentagon's other 5th generation fighter, and one from the Navy no less, is also wearing this treatment points to some interesting possibilities.

This material is thought to reduce the infrared signature of the aircraft from the frontal and side hemispheres. This would reduce the effectiveness of infrared search and track (IRST) systems, of which advanced types are proliferating around the globe and are present on most of the fighter aircraft peer adversaries are flying today. 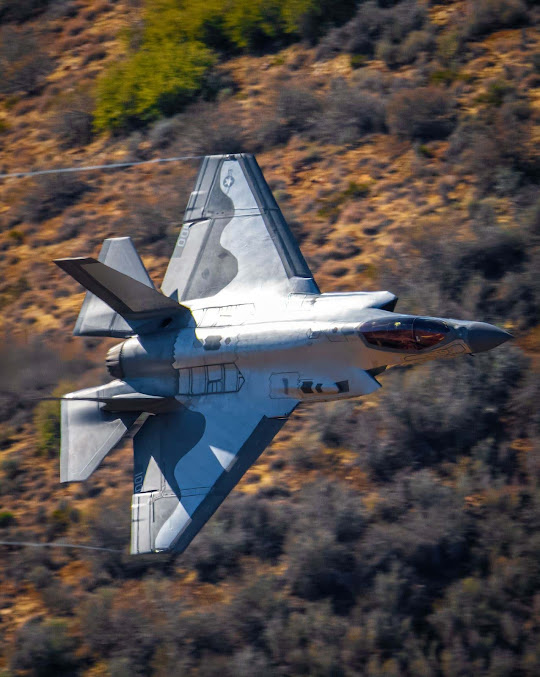 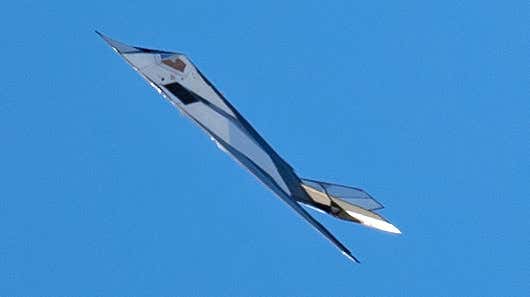 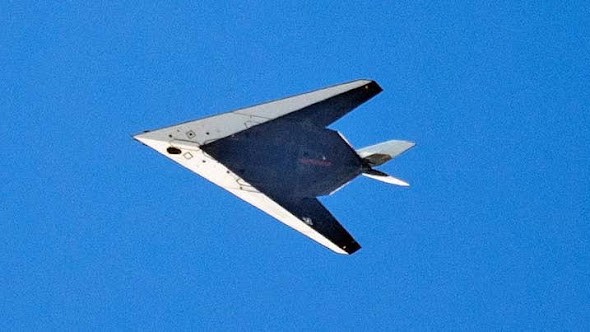