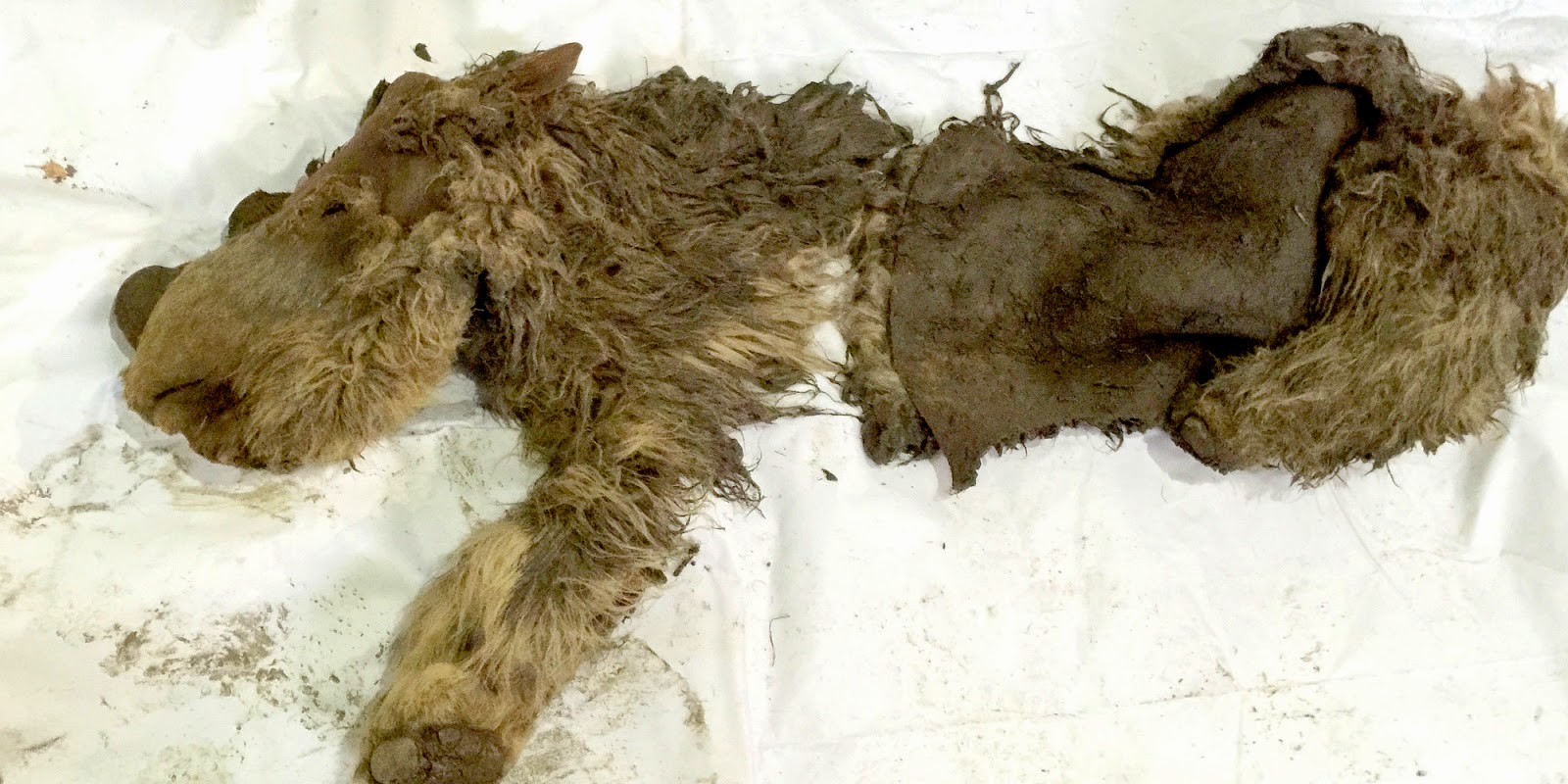 The discovery of the baby woolly rhinoceros preserved in permafrost was described as 'sensational' by local palaeontologists in Russia's largest region.
Experts hope to be able to extract DNA from remains of the extinct creature which was today being handed over to scientists from the  Academy of Sciences in Yakutsk, capital of the Sakha Republic, also known as Yakutia.
The rhino was found on the right bank of a stream flowing into Semyulyakh River by Alexander 'Sasha' Banderov, a hunter and businessman from  Abyysky district. He and friend Semen Ivanov thought at first it was the remains of a reindeer, before realising they had made a truly historic discovery.
'We were sailing past a ravine and noticed hair hanging on the top of it,' said Alexander. 'At first we thought it was a reindeer's carcass, but after it thawed and fell down we saw a horn on its upper jaw and realised it must be a rhino. The part of the carcass that stuck out of the ice was eaten by wild animals, but the rest of it was inside the permafrost and preserved well.