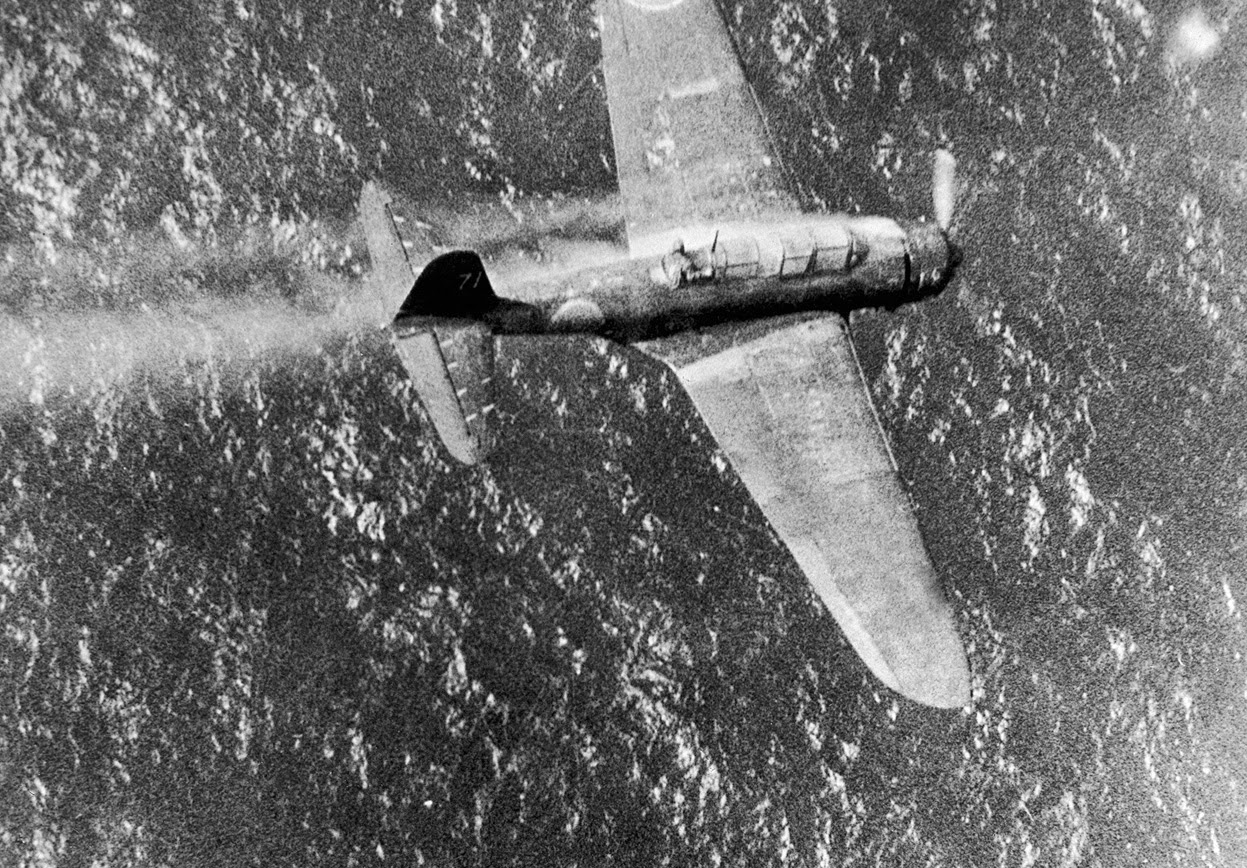 With its gunner visible in the back cockpit, this Japanese dive bomber, smoke streaming from the cowling, is headed for destruction in the water below after being shot down near Truk, Japanese stronghold in the Carolines, by a Navy PB4Y on July 2, 1944. Lieutenant Commander William Janeshek, pilot of the American plane, said the gunner acted as though he was about to bail out and then suddenly sat down and was still in the plane when it hit the water and exploded.