How Slim Pickens got his part in Dr. Strangelove

Originally, Director Stanley Kubrick wanted Peter Sellars to play the role of the B-52 pilot, Major "King" Kong, as well as all his others. 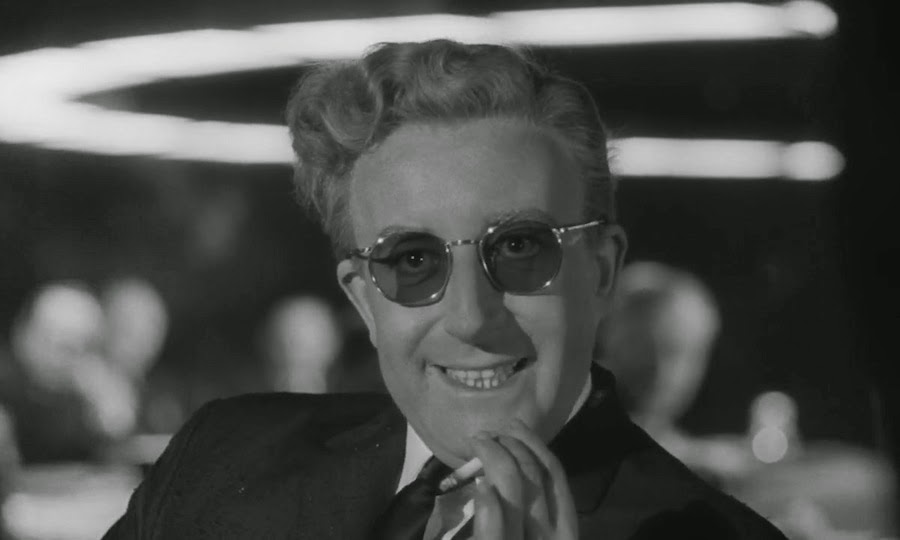 However, it was not to be.

Filming of Major “King” Kong’s scenes was scheduled, but on the first day, Sellers arrived limping from a fall he had suffered the night before at an Indian restaurant. A run-through was reorganised for a less strenuous scene “which required Major Kong to move from the cockpit to the bomb-bay area [of the B-52] via two eight-foot ladders.”


Sellers negotiated the first, but coming down the second, at about the fourth rung from the bottom, one of his legs abruptly buckled, and he tumbled and sprawled, in obvious pain, on the unforgiving bomb-bay floor.

The following day, after a medical examination by a Harley Street doctor, it was announced that Sellers could not play the part of Kong. As Southern later wrote:


Once the grim reality had sunk in, Kubrick’s response was an extraordinary tribute to Sellers as an actor: “We can’t replace him with another actor, we’ve got to get an authentic character from life, someone whose acting career is secondary–a real-life cowboy.”

However, Kubrick had not set foot in America for about fifteen years and had little knowledge of possible “secondary actors of the day.” Southern suggested the actor Dan Blocker, who looked like an over-grown cherub and was best known for starring as “Hoss” in the cowboy TV series Bonanza.


“How big a man is he?” Stanley asked.
“Bigger than John Wayne,” I said.
We looked up his picture in a copy of The Players’ Guide and Stanley decided to go with him without further query. He made arrangements for a script to be delivered to Blocker that afternoon, but a cabled response from Blocker’s agent arrived in quick order:
“Thanks a lot, but the material is too pinko for Dan. Or anyone else we know for that matter. Regards, Leibman CMA.”


Hoss as Major Kong?!  I can't believe he turned down that role.  Tells you a lot about the tenor of the times that he would see it as too political.


Unwilling to delay filming, Kubrick recalled an actor he had met when he was set to direct Marlon Brando in the western One-Eyed Jacks:


Kubrick had noticed the authentic qualities of the most natural thespian to come out of the west, an actor with the homey sobriquet of Slim Pickens. 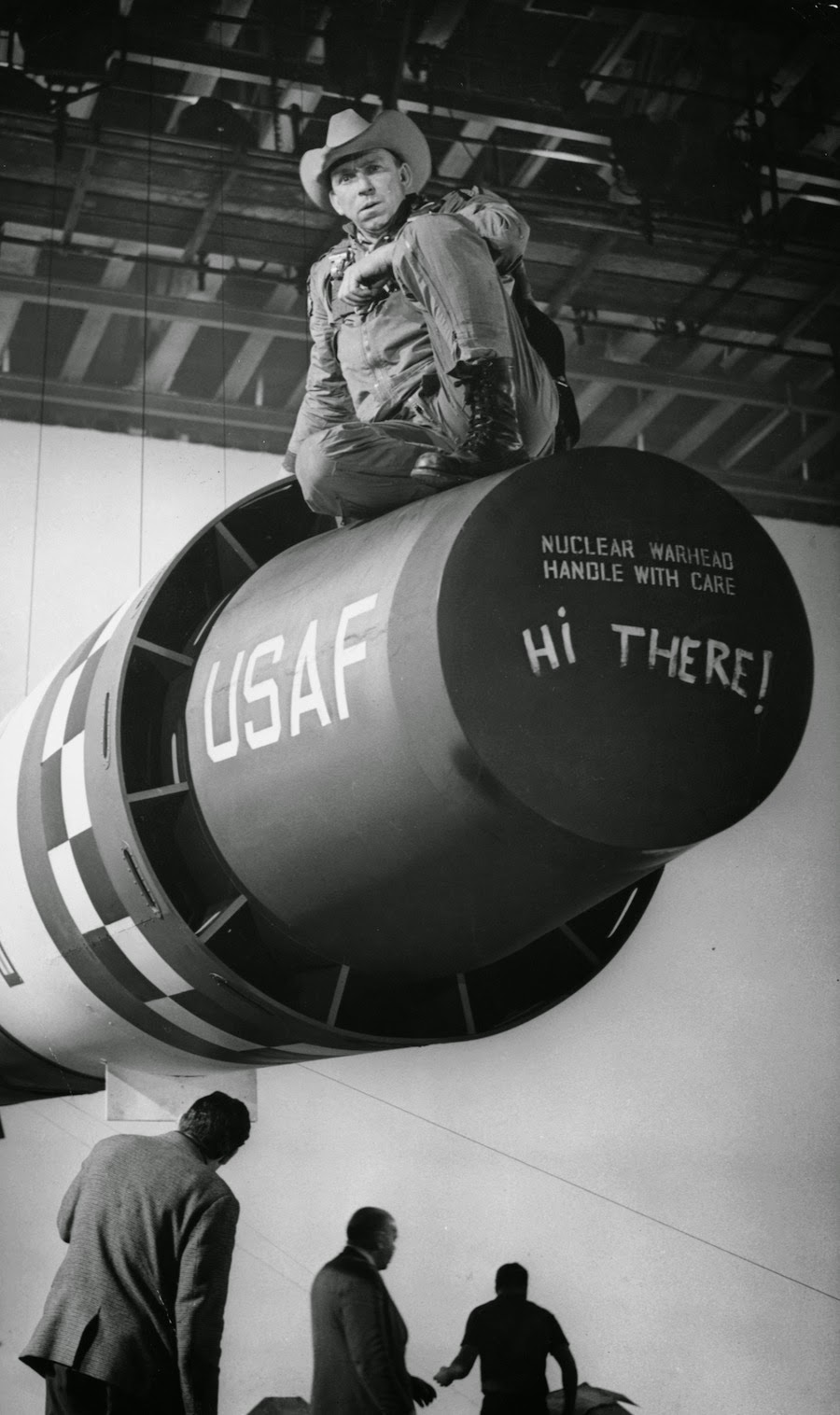 Born Louis Bert Lindley in 1919, “Slim” Pickens was a cowhand who worked the rodeo circuit from El Paso to Montana, sometimes competing, sometimes carrying out the deadly work of rodeo clown–that’s the guy who distracts the bull long enough to get any injured rodeo riders out of the arena.

Pickens never seemed agile enough to me for the job of a bull fighter, but maybe in his youth, and before injuries...


Except for the occasional stunt work on location, Slim had never been anywhere off the small-town western rodeo circuit, much less outside the U.S. When his agent told him about this remarkable job in England, he asked what he should wear on his trip there. His agent told him to wear whatever he would if he were “going into town to buy a sack of feed”–which meant his Justin boots and wide-brimmed Stetson.

When Pickens arrived at Shepperton, Kubrick sent Southern over to see he was all right. The writer cheerfully cracked open a bottle of Wild Turkey to set the mood, and asked Pickens if he had settled into his hotel okay, and if everything was fine and dandy. Slim took a big slurp of his drink, wiped the back of his hand against and mouth and replied:


“Wal, it’s like this ole friend of mine from Oklahoma says: Jest gimme a pair of loose-fittin’ shoes, some tight pussy, and a warm place to shit, an’ ah’ll be all right.”

They had their man.  The rest is history.