Why are those pretty pieces of green paper in your wallet worth more than a similar size of toilet paper?

They are, aren't they?

Oh look, the purchasing power of the dollar has declined 97% since the Federal Reserve was established!
Oops. 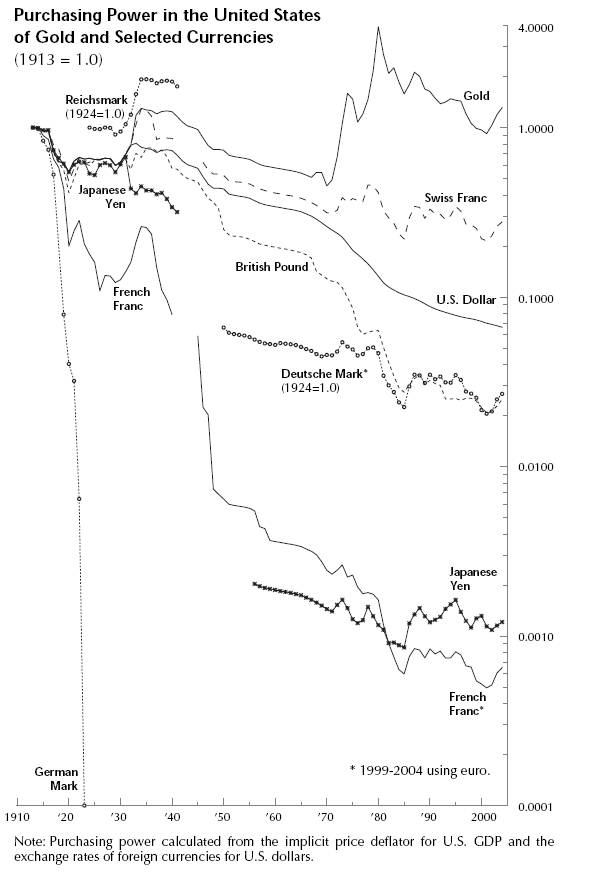 The propaganda effort in support of the fiat money system has been enormous over the decades, and has been quite successful. Former Fed chairman Alan Greenspan once told Ron Paul on occasion of his semi-annual testimony in Congress that he believed “we have had extraordinary success in replicating the features of a gold standard“. We are quite sure he was aware that this is actually not the case. And yet, apart from Ron Paul, no Congressman would have even thought of questioning this absurd assertion. One would think that the fact that the US dollar – one of the world’s “better” fiat currencies – has lost 97% of its purchasing power since the Fed has been in business speaks for itself. Mises has already shown in 1920 that socialist central economic planning is literally impossible. No rational economy can be centrally planned. Central banking simply represents a special case of the theorem of the impossibility of socialism, applying to the financial sphere.

Maybe we should go back to tally sticks, but then again, you wouldn't want to be left with the short end of the stick! 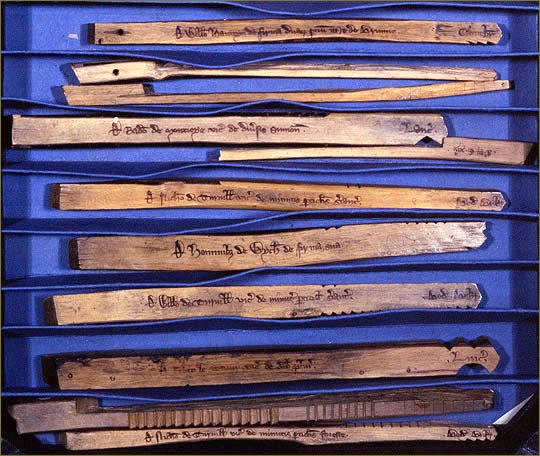