This guy let the Vice President use his venue for a press conference, spent a grand to make it come up to par, missed out on a week of business, and then Biden wouldn't even allow him to get a picture with him.

Instead, Biden's people gave him a baseball cap and a poster.  I'll bet he's having second thoughts about being a Biden supporter now that his hero has given him the sharp elbow. 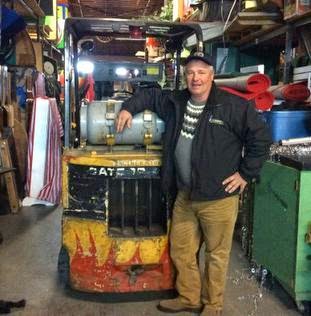 If Biden were ever elected president, it would be a toss up as to whether his first act would be to declare his right of primae noctis, or to eat a bucket of paste.

He and his people really are third class.
Posted by c w swanson at 7:26 PM