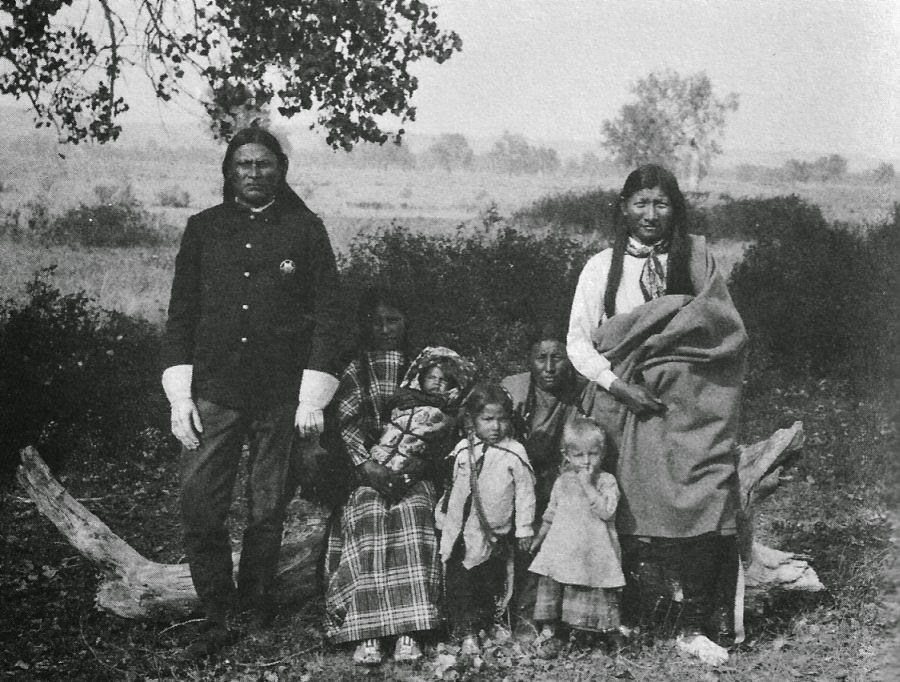 Wolf Voice (left) was a Gros Ventre by birth, who married Elk Woman, a Northern Cheyenne woman. He surrendered with the Cheyenne at Fort Keogh and afterwards scouted for General Miles in 1878/1879. He played a role as interpreter for Lt. Clark when Little Wolf was surrendering at Fort Keogh after his flight from Indian Territory. Christian Barthelmess later took pictures of him when he was a member of Lt. Casey´s Indian Scout force.
Standing right is Yellow Robe, who married a sister of Elk Woman. The white three-year-old child is Leo, Barthelmess´son. At this time (1889), Wolf Voice was an agency policeman.
Casey Barthelmess, son of the photographer, recalled about Wolf Voice:
"I remember Wolf Voice, who was a Casey scout. Remember what Frederic Remington wrote about Wolf Voice? Said he had ´a grand face, tremendous physique and enough self-containment for a High-Church bishop´. I knew Yellow Robe, who was the last of the Cheyenne scouts to die. He passed away in 1957 in the Veterans Hospital at Miles
City."

An earlier portrait of Wolf Voice and a comrade. 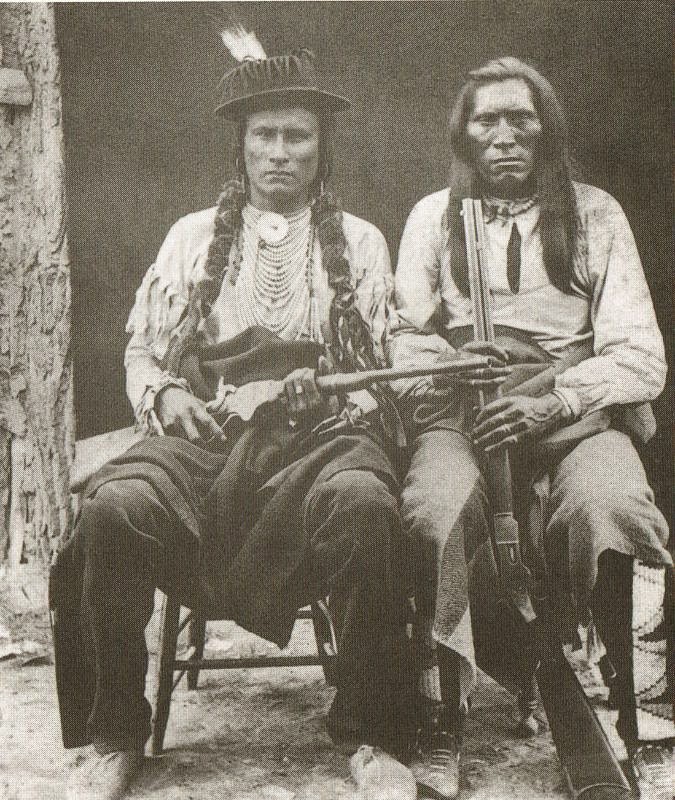