Amazing stuff over at the Flyby

Looks like a tough SOB, doesn't he?  You have no idea. 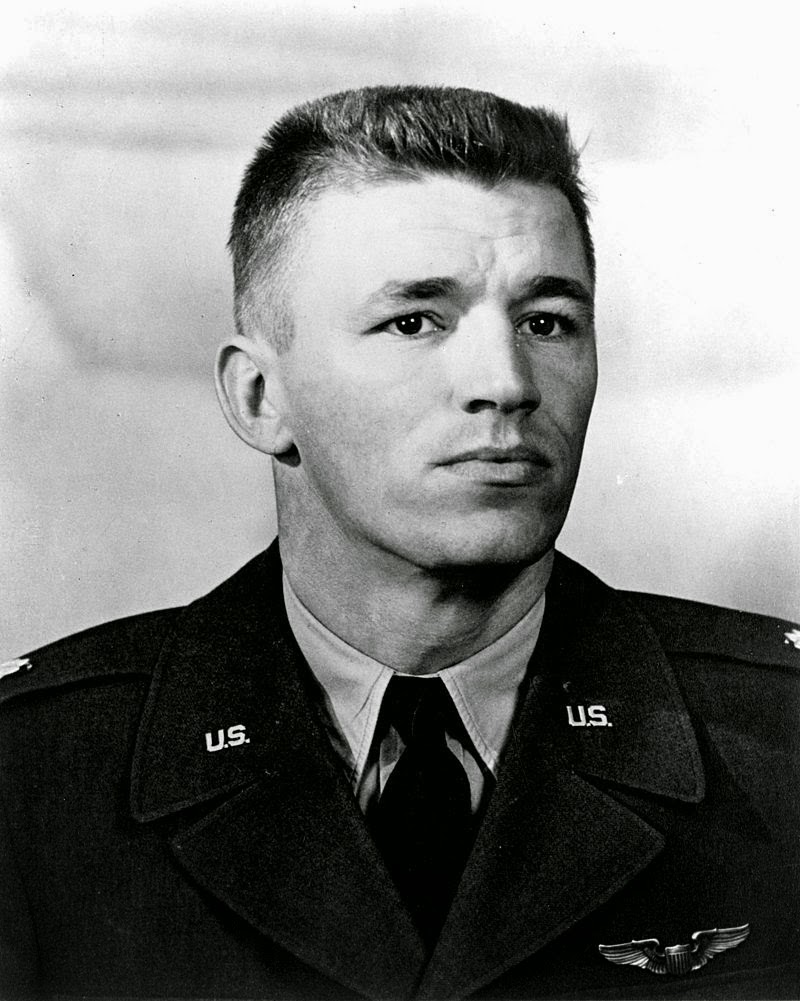 Immediately after Loring began his dive bombing run, he was spotted by the anti-aircraft batteries. The Chinese crews operating them were highly skilled, and even at a distance, the batteries fired an extremely accurate barrage which struck Loring's aircraft several times on the nose and fuselage. The fire disabled the aircraft. His wingmen, noting the damage, suggested he abort the bombing mission, as the flight was not far behind the lines and Loring's aircraft could have attempted the return trip. Instead, Loring ceased radio contact, and resumed what appeared to be the standard bombing mission. At 4,000 feet (1,200 m), however, Loring accelerated his aircraft at a 40-degree angle in what appeared to be a controlled maneuver, lining up the Chinese batteries. The other pilots reported they watched, stunned, as Loring dove his damaged aircraft into the battery position. Loring was killed instantly in the impact, but his action resulted in the complete destruction of the battery position. - Wikipedia

He was posthumously awarded the Medal of Honor. The citation reads:

Maj. Loring distinguished himself by conspicuous gallantry and intrepidity at the risk of his life above and beyond the call of duty. While leading a flight of 4 F-80 type aircraft on a close support mission, Maj. Loring was briefed by a controller to dive-bomb enemy gun positions which were harassing friendly ground troops. After verifying the location of the target, Maj. Loring rolled into his dive bomb run. Throughout the run, extremely accurate ground fire was directed on his aircraft. Disregarding the accuracy and intensity of the ground fire, Maj. Loring aggressively continued to press the attack until his aircraft was hit. At approximately 4,000 feet, he deliberately altered his course and aimed his diving aircraft at active gun emplacements concentrated on a ridge northwest of the briefed target, turned his aircraft 45 degrees to the left, pulled up in a deliberate, controlled maneuver, and elected to sacrifice his life by diving his aircraft directly into the midst of the enemy emplacements. His selfless and heroic action completely destroyed the enemy gun emplacement and eliminated a dangerous threat to United Nations ground forces. Maj. Loring’s noble spirit, superlative courage, and conspicuous self-sacrifice in inflicting maximum damage on the enemy exemplified valor of the highest degree and his actions were in keeping with the finest traditions of the U.S. Air Force. Source

What a true American!  What a superlative example of the American spirit, and I must say we have seen a whole lot of similar spirit from our countrymen and women deployed in our latest conflicts.  Too bad the nation's current leadership falls so far below this standard. 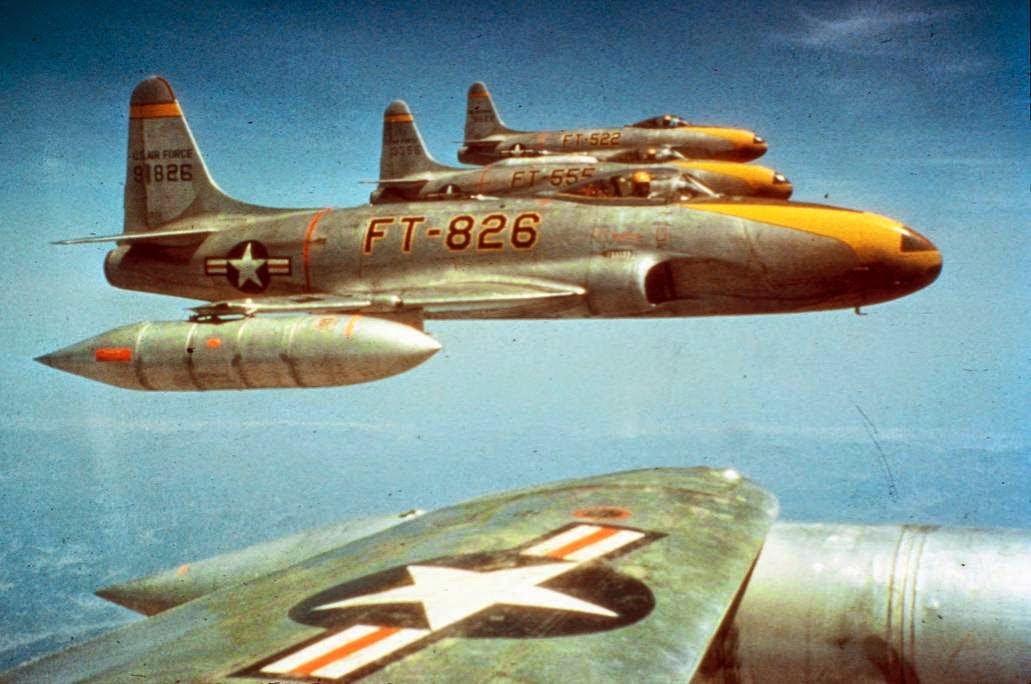