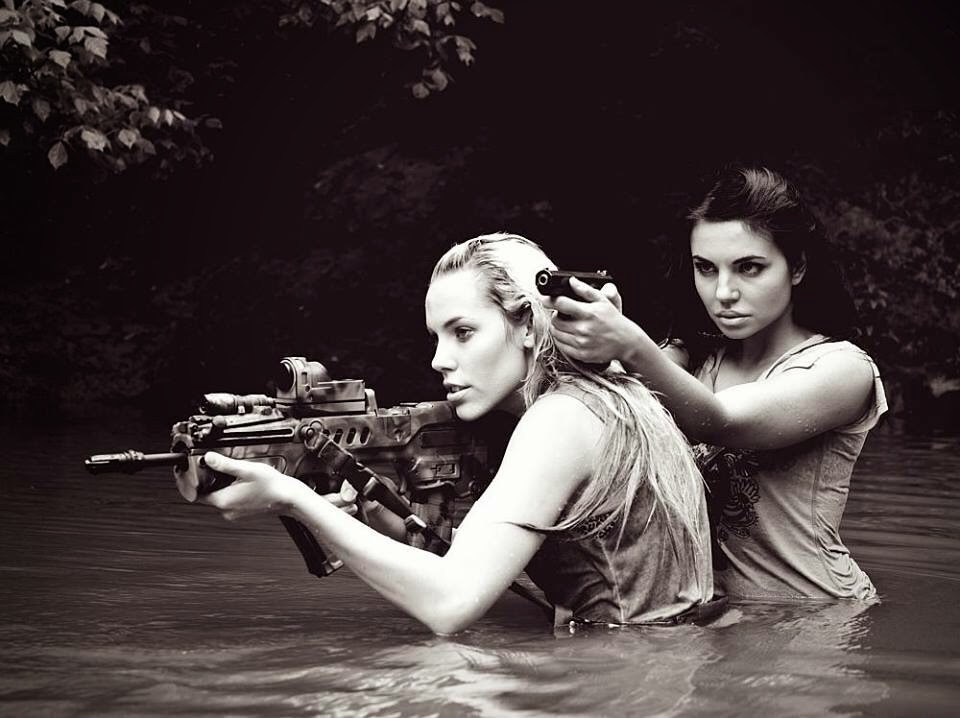 I saw this over at a tumblr whose owner likes the "chicks with guns" theme, and truth to tell, there is nothing at all wrong with that.

However, the second I saw this, something jumped out at me.  What gun enthusiast in their right mind would even think of putting a handgun so close to someone's ear like the dark haired chick is doing?  Neither has hearing protection on, as that would ruin the image of hot, wet babes wielding dangerous tactical firearms, but there is no one who has any experience at all who would do that.

Torch off a round from the pistol in that position, and the girl in front would be instantly deaf and stunned by the shock, and might just turn around and pump a few rounds into girl #2, for revenge.