Vindolanda, a Roman auxiliary fort in Northumberland just south of Hadrian’s Wall, is a huge motherlode of archaeological discoveries, with its nine rebuilds, related civilian communities and near continuous use from 85 A.D. until the 9th century.

Vindolanda then, when it was keeping the wild Picts to the north of Hadrian's wall. 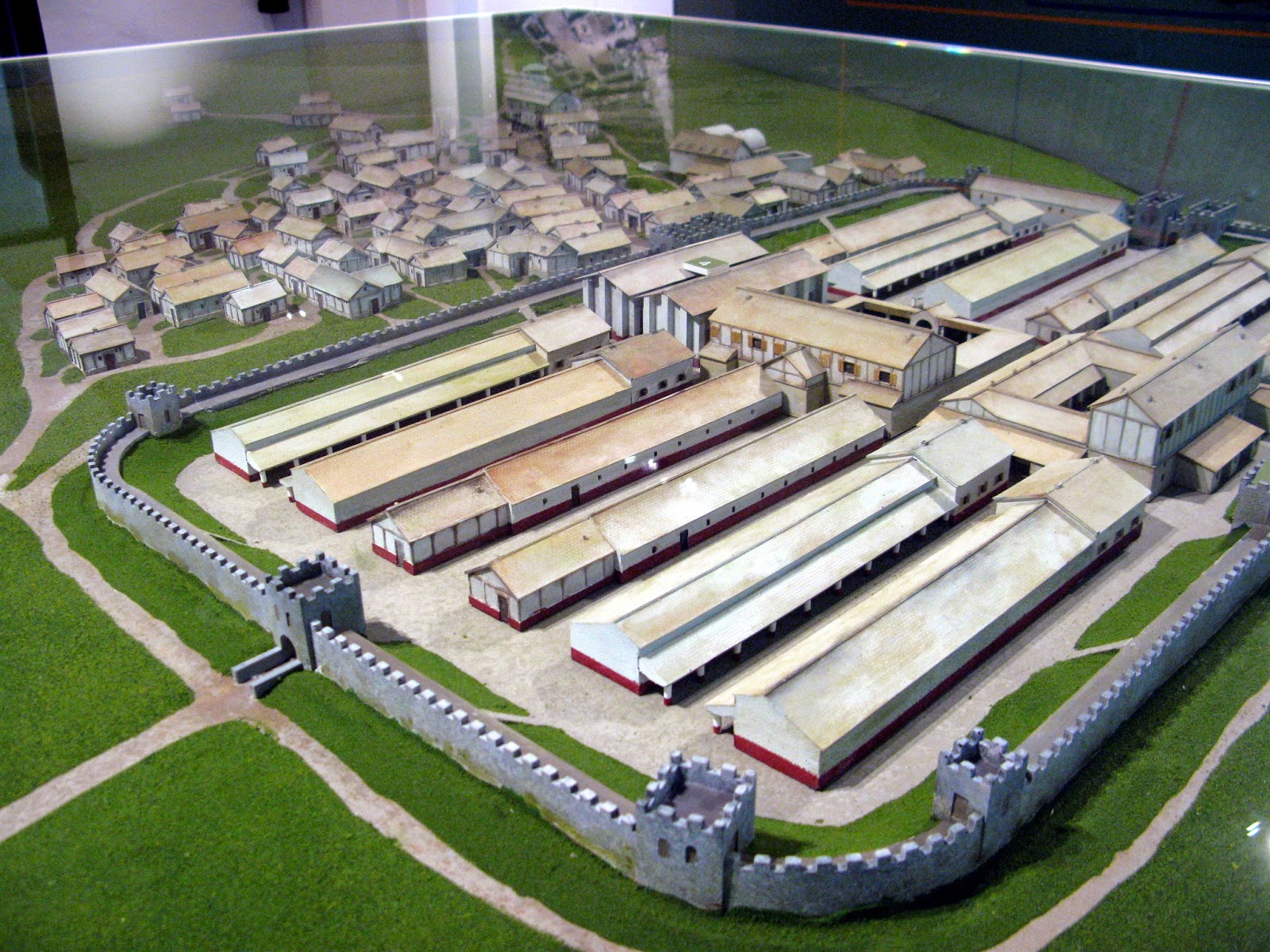 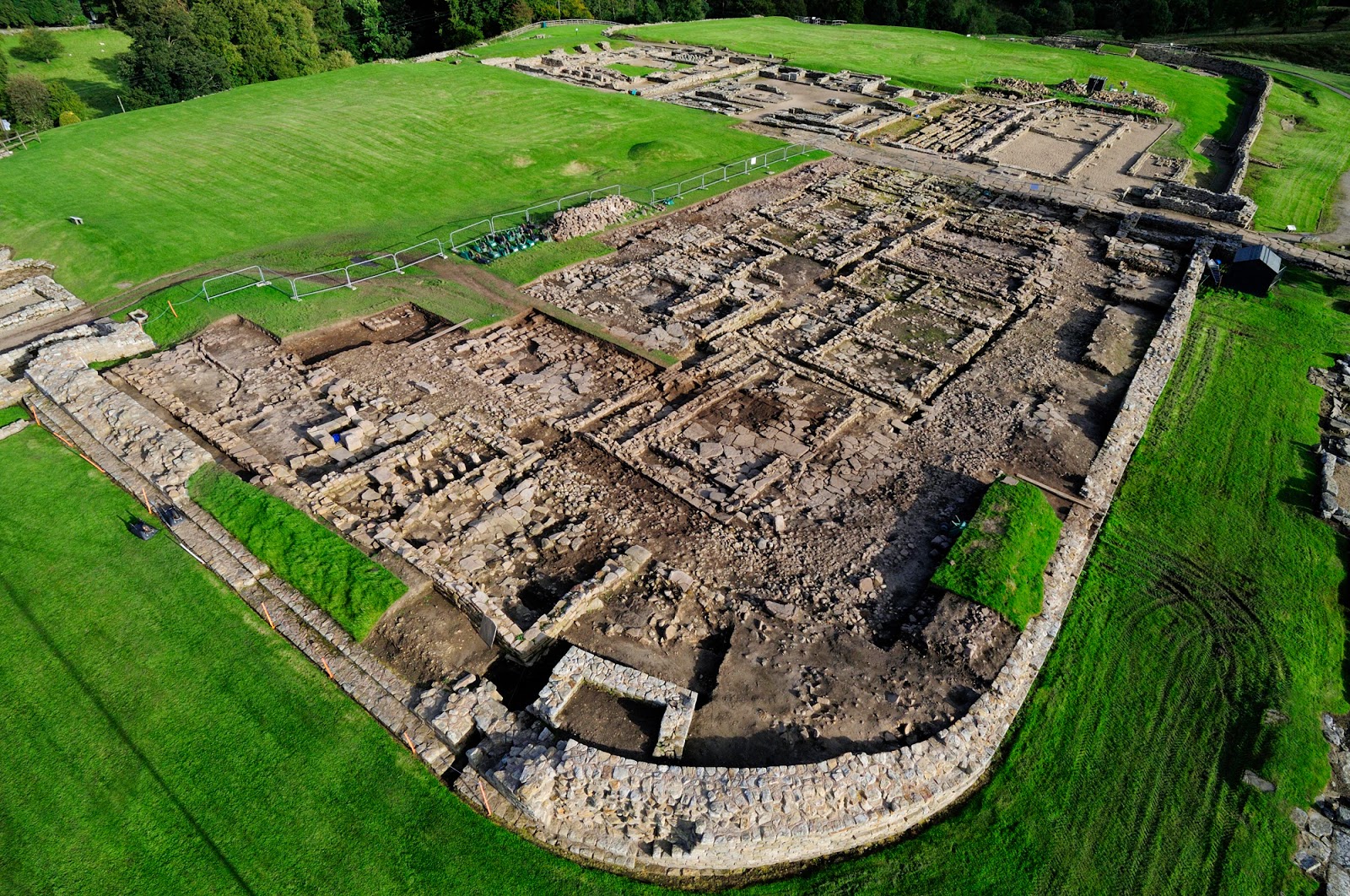 On June 3rd, 2014, the first gold coin at Vindolanda was found by a French volunteer.

Volunteer Marcel Albert, from Nantes, France, who has been taking part at the Vindolanda dig since 2008, described his discovery simply as “magnifique,” and with the knowledge that although 1000’s of coins had already been discovered at Vindolanda but none of them were gold he said “I thought it can’t be true, it was just sitting there as I scrapped back the soil, shining, as if someone had just dropped it.”


Somehow, it's appropriate that a Gaul found that lost aureus. 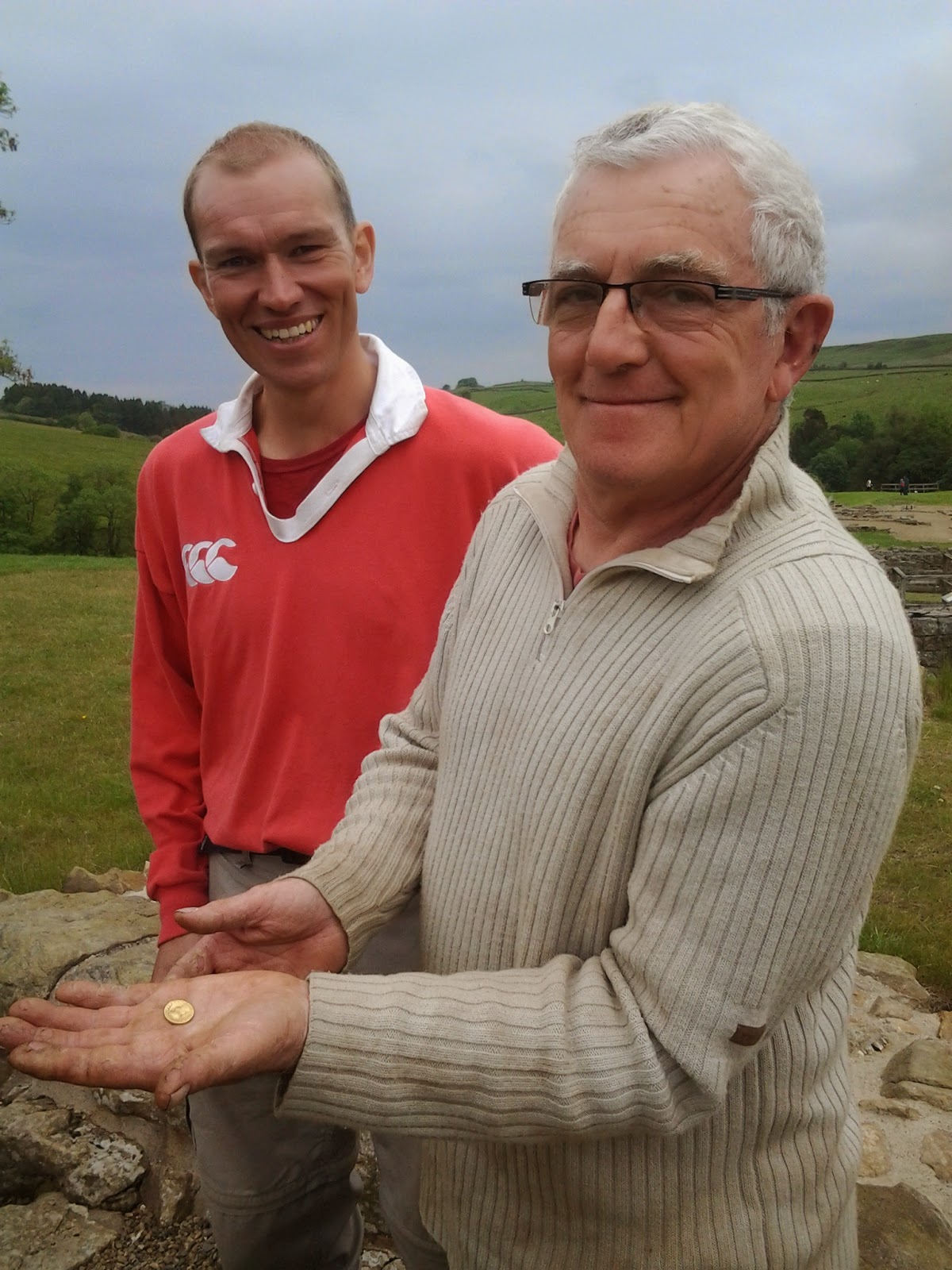 The well worn coin was soon confirmed by the archaeologists as an aureus (gold coin) which although found in the late 4th century level at Vindolanda bears the image of the Emperor Nero which dates the coin to AD 64-65. This precious currency, equating to over half a years’ salary for a serving soldier, had been in circulation for more than 300 years before being lost on this most northern outpost of the Roman Empire.

You can tell from its condition that the aureus went through a great many hands in its long life as legal tender. It was unearthed at the fort itself, not in the village that grew next to it. Gold coins are very rare in Roman military sites. They were just far beyond the level of currency exchanged in military outposts. Chances are, this is the only aureus that will ever be found at Vindolanda.

The Aureus as it looked fresh from Nero's mint. 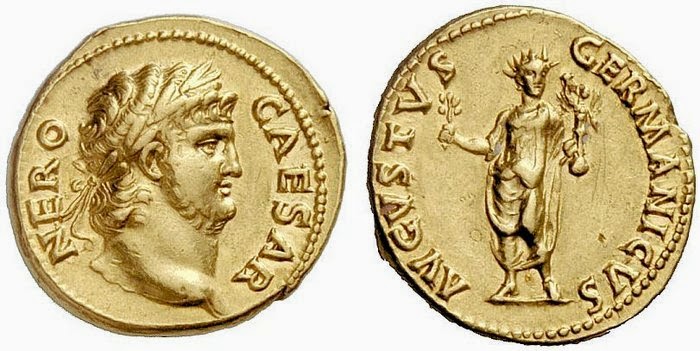 The actual aureus found by M. Albert, after 300 years in circulation and centuries buried lost in northern England.

I'll bet there was a centurion that was pissed as a wet cat when he lost this in the dirt, probably after a night of drinking way too much local mead.   His loss, our gain.

Via History Blog, where there is more info on this cool find