Don’t ever question the scientists because the science is settled.

Top French scientist Etienne Klein tweeted a photo of a slice of chorizo and told his nearly 100,000 Twitter followers that it was a ‘space telescope image’ of the nearest star to the sun.

Ok, ok, that looks like a weird, lava covered planet... 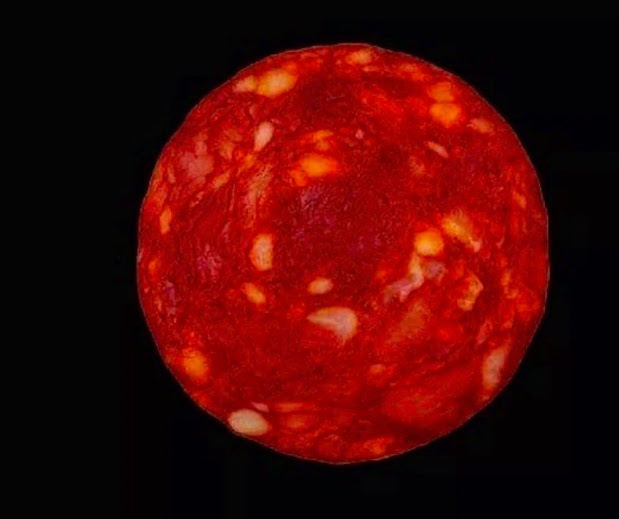 “Picture of Proxima Centauri, the nearest star to the Sun, located 4.2 light years away from us. It was taken by the James Webb Space Telescope. This level of detail… A new world is unveiled everyday,” Klein said on Sunday.
Klein later admitted this was a prank, but not before thousands liked his tweet.