In 1693, a Spanish trading ship left the colony in Manilla heading for Mexico. It was never to be seen again. Until now. In Oregon.

It was to be a normal trading voyage upon a normal trading ship. The Santo Cristo de Burgos, a Manilla-class trading galleon meant for high seas and big cargo, was setting out across the northern Pacific with a hull full of beeswax, Chinese porcelain, and silk for markets in Mexico, when a disaster of some kind lost the ship.

Seven years later, an earthquake of about 9.0 Richter swallowed the sea along the Oregon coastline, before spitting it back upon the shore in a terrifying tsunami; which just so happened to gather up the downed Spanish galleon and its lost cargo before throwing it against the rugged coast.

The Astoria Oregon all-volunteer Maritime Archeological Society (MAS), who—inspired by local legends of sunken treasure, oral tales from the Nehalem Indians about a burning ship and its survivors, and beachcombing locals routinely finding shards of porcelain—decided to follow the trail of the ‘Beeswax Wreck’ to the end.

“Spanish archival records of the galleon trade list only one galleon sailing from Manila to Acapulco as missing during this time period: the Santo Cristo de Burgos,” write MAS. “We also know, from Nehalem Indian oral histories, that some of the crew survived the wrecking and lived with the coastal Indians for some time, leaving behind descendants whose families continue to this day.” 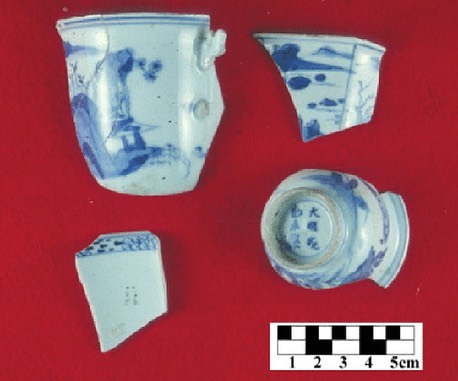 Many pieces of wood believed to be from the wreck have now been recovered by a public-private partner expedition.

Radio carbon dating on the timbers reveal that, indeed, the ship they belonged to was being built in the 1650s from Asian lumber.

The evidence all points to it being the Santo Cristo de Burgos, and now the various groups involved are putting the word out for any beachcombers or residents who may have additional artifacts and information to come forward and share their findings.

Thanks to the Spanish for keeping good records.  If I lived closer I'd be all over that beach whenever the weather and work allowed.  Totally cool.