That 2000 year old silver griffon we gave back to Iran, to show our goodwill? It's a fake. 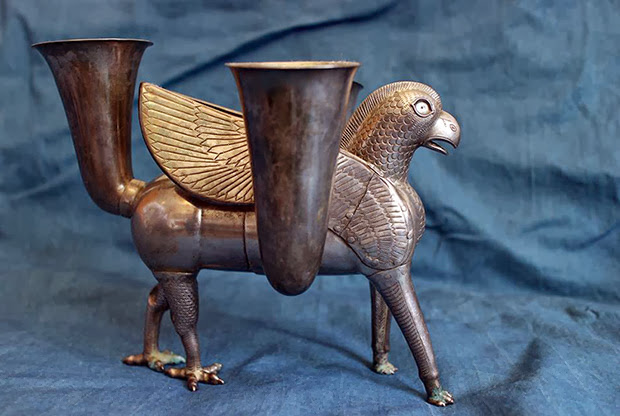 Boy, I'd sure like that thing on my mantle. 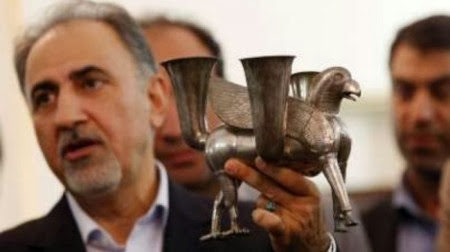 I'm sure this little incident will work as well as giving an ipod of Obama speeches to the Brits, or that "reset" button that Hillary presented to the Russians.

"Sometimes an ancient artifact symbolizes more than its admirers necessarily imagine. Take for example the silver griffin that was returned by the United States to Iran as a gesture of respect and—at least according to tea-leaf readers—a sign of an emerging thaw between the two nations.
There’s only one problem: It’s a fake.
Not only is it a fake, it’s a bad fake."
Posted by c w swanson at 7:57 AM