Any ideas what the Romans could have been doing with these objects? 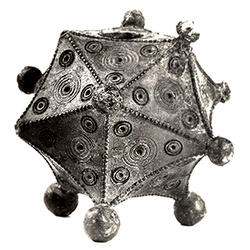 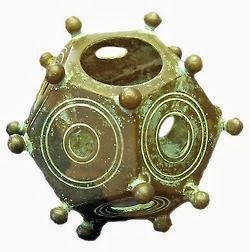 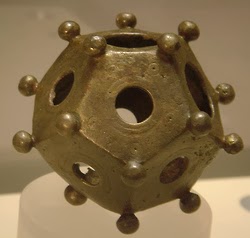 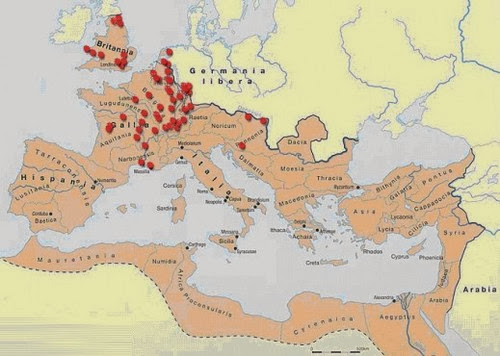 The Mystery of the Roman Dodecahedra,
Found in Britain, France, Western Germany, and parts of Eastern Europe, the Roman Dodecahedron are truly a historical mystery.  Dating to the 2nd and 3rd centuries AD, they are hollow dodecahedra shaped objects mostly made of bronze. Sizes range from that of a tennis ball to a softball. To date 100 examples of Roman dodecahedra have been discovered, all in northern regions of the empire, while absolutely none were found around the Mediterranean.  What is even more puzzling is their purpose.  While there are many theories, there is no conclusive proof to what they were used for.  Theories include that they were candle holders, holders for military standards, pipe calibrators, religious objects, dice, survey instruments, and devices used to determine the optimum time for sowing grain.
(Source: romandodecahedron.com)