"When Kenny Lovelace took Molly Ryan to Coors Field to see the Colorado Rockies play the Arizona Diamondbacks last week, he had a diamond ring in his back pocket and a big plan.

Lovelace had already informed Ryan's parents that he planned on asking Molly to be his wife and that he was going to project the romantic question on the stadium's jumbotron.

Lovelace, the entire Ryan family, and secretly hired wedding photographer Kerinsa Mullins, made their way to the stadium for an unforgettable and comedic night.

But their camera ready moment was ruined when a disgruntled old woman watching the game made her feelings known ." 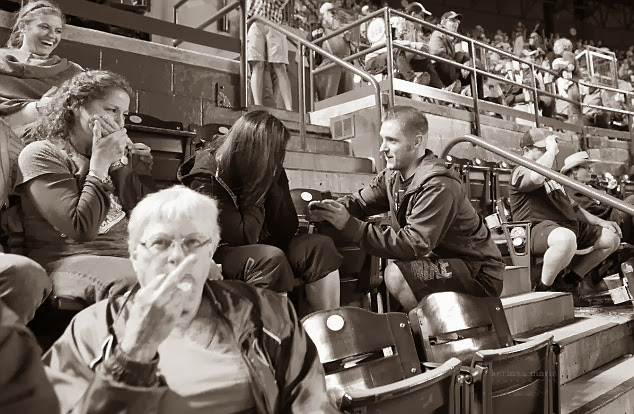 Hey grandma, you tell those whippersnappers to leave you the hell alone!
Posted by c w swanson at 10:45 PM