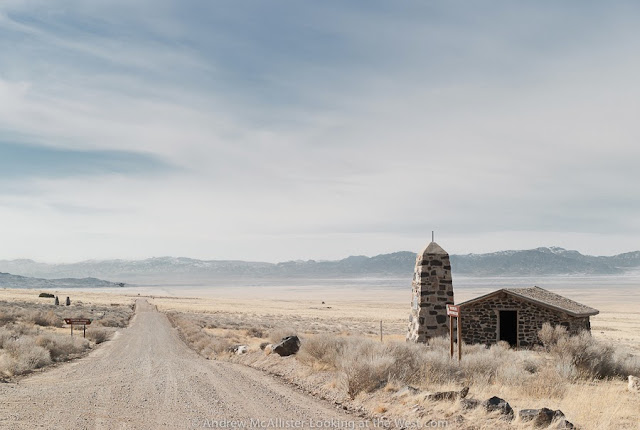 Simpson Springs Station on the early Pony Express Trial, out on the west desert of Utah.

First called Egan Spring for explorer Howard Egan, it was renameed Simpson Springs for Captain James H. Simpson following his work to establish a military mail route to California in 1858.

George Chorpenning established an overland mail station here for mule trains connecting Salt Lake with Sacramento, California. Later, it became a Pony Express and then Wells Fargo station through the Utah desert. The station was discontinued after the establishment of the Transcontinental Railroad in 1869.  However, it continued to be used for local freight traffic well into the 1890's.

It looks like a lonely spot, but the presence of reliable water makes it an attraction in the wide desert country around.