I'm back from Scratch and Spit, the traditional (for me) first event in the holiday season.

The first settlement in Nevada was in Genoa, a tiny burg which sits right up against the wall of the eastern Sierra Nevada, and with the northern part of the Washoe Valley spread out before it.

While in the neighborhood, our group stopped at the Old Genoa Bar for libations. 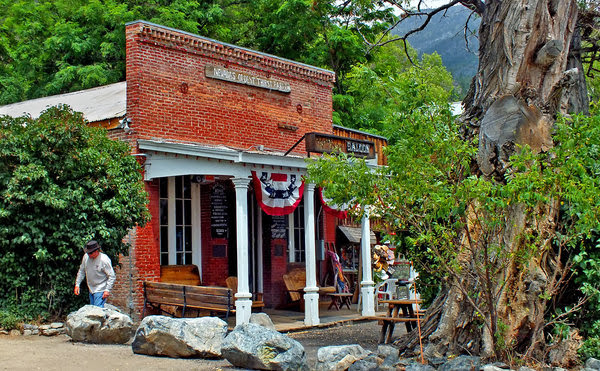 The place is exactly what one would think of as an old west bar and saloon.  The mirror on the wall was made in Glasgow, Scotland using diamond dust, and came here on a ship around the Horn. You can see the diamond dust in it if you shine a flashlight into it.  A myriad of famous and not so famous have watered themselves here, including Johnny Cash, Clark Gable, Mark Twain, Ulysses S. Grant and Teddy Roosevelt.  There is a bra hanging on the wall that is supposedly from Rachel Welch, who donated it for display during one visit.

I personally enjoyed a scotch and water.
Posted by c w swanson at 5:00 PM