It sports a Roman nose -- SPQR! 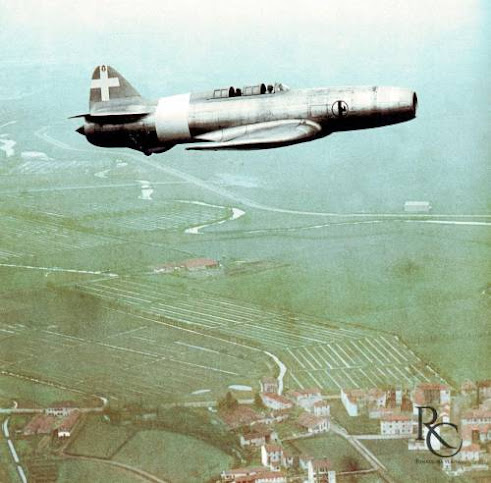 On August 27, 1940, the Italian Caproni Campini N.1 took to the skies thus becoming the first jet airplane to fly, or so it was thought at the time.

Today we know that the first jet aircraft to fly was the German Heinkel He 178, having done so on August 27, 1939, but because Heinkel kept it a secret - even from the German authorities - so the Caproni took the podium, even if only for a moment.