Another Socialist Paradise. Cuba Tells Citizens To "Grow Your Own Food" Or Starve

Cuba, facing one of the worst food shortages in years, is now telling its citizens to grow their own food, or literally starve.
The pandemic has exposed the fragility of the Caribbean island's food supply chain as produce, poultry and other basic item shortages develop.
The topic of food security has been a hot subject with the communist party. Several state media broadcasters aired televised roundtable discussions about the issue, reported Reuters.

"Cuba can and must develop its program of municipal self-sustainability definitively and with urgency, in the face of the obsessive and tightened US blockade and the food crisis COVID-19 will leave," Jose Ramon Machado Ventura, deputy leader of the Cuban Communist Party, was quoted on state media Monday.


Frankly, growing your own food is a good idea no matter where you live.  In a Socialist world, it's counter revolutionary, as it teaches people to rely on themselves rather than the state.  In this case, the state is bankrupt of both ideas and resources, so, back to the people they go. 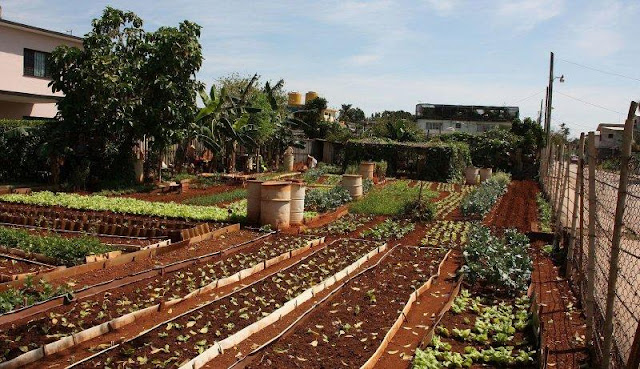