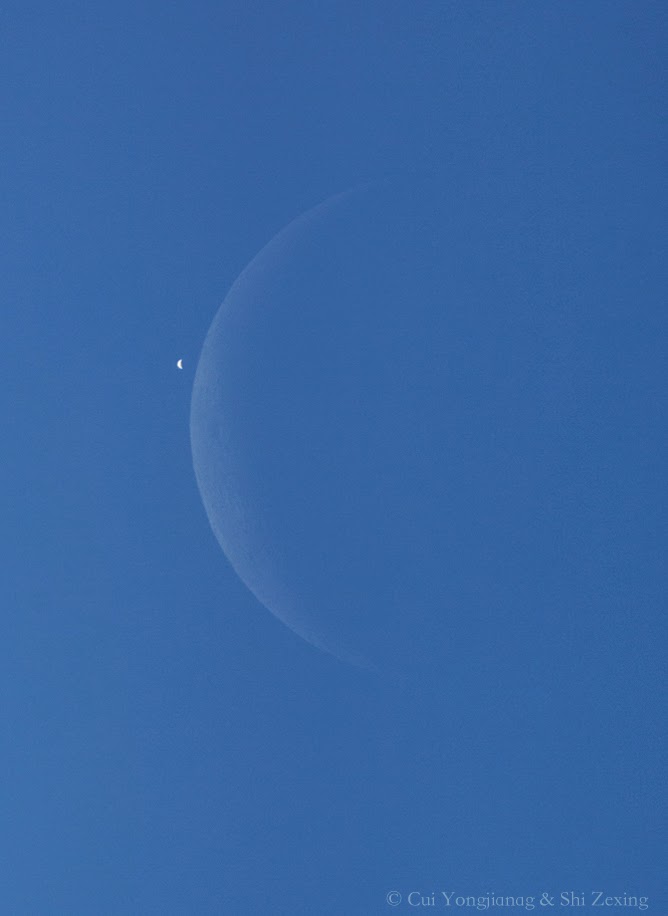 Venus now appears as planet Earth's brilliant morning star standing above the eastern horizon before dawn. For most, the silvery celestial beacon rose in a close pairing with an old crescent Moon on February 26. But seen from locations in western Africa before sunrise, the lunar crescent actually occulted or passed in front of Venus, also in a crescent phase. Farther to the east, the occultation occurred during daylight hours. In fact, this telescopic snapshot of the dueling crescents was captured just before the occultation began under an afternoon's crystal clear skies fromYunnan Province, China. The unforgettable scene was easily visible to the naked eye in broad daylight.