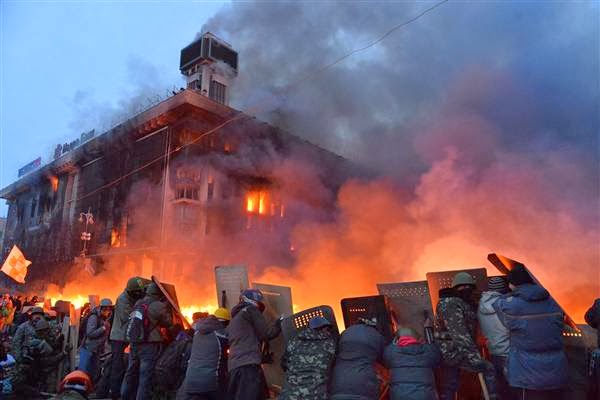 Dozens dead in Kiev as protests rage on
NBC News: Dozens are dead, hundreds are injured as protests continue in Ukraine’s capital Kiev. European leaders are calling for an extraordinary meeting to discuss the crisis that has gripped the country for months.

Hand-to-hand street battles led to the deaths of protesters and as many as 10 police.
Photo: Anti-government protesters protect themselves behind shields as they clash with the police on Independence Square in Kiev early on Wednesday (Sergei Supinsky / AFP - Getty Images)