The Russian government admits it's armed forces have entered the Crimean region of The Ukraine. 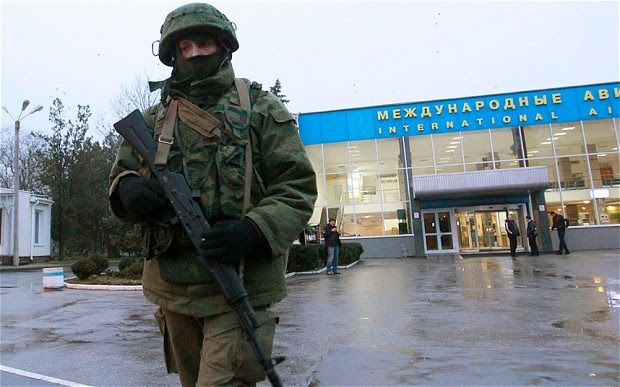 The new Ukrainian government said Friday it had been invaded by Russia and appealed for the United States and United Kingdom to protect it, as guaranteed under a 1994 agreement.

There is no way that the US or UK will get into an armed confrontation with the Russians in the Crimea, irrespective of the treaty.  The main significance of this very public impotency is that others with similar agreements will now see their true worth, and those with predatory impulses will see that there will be no real cost to aggression.  Think China and Taiwan, Japan, South Korea and the Philippines.

That didn't take long.  Chinese government official lobs racist slur at outgoing US ambassador.  That's especially egregious given the importance of "face" in that culture, and the gravity of this public act of disrespect.

Meanwhile, Obama issues a strongly worded statement condemning the invasion, after he and Biden jog around the White House to support Michelle's "Let's Move" campaign. 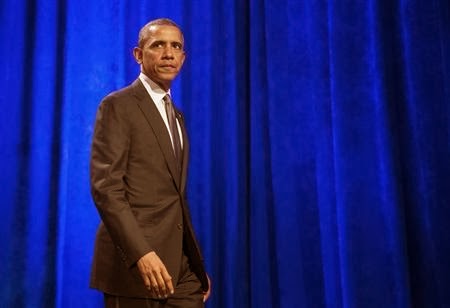 Obama said, “Any violation of Ukraine’s sovereignty and territorial integrity would be deeply destabilizing,” he said in a brief appearance. “The United States will stand with the international community in affirming that there will be costs for any military intervention in Ukraine.”


Then, just like during Benghazi, he trotted off to a fundraiser.

And then, properly impressed with Obama's statement, the Russians ordered Ukrainian troops to leave the Crimea.

Obligatory in this situation: