NASA spokesperson Leah Cheshier told NYT that the Soyuz MS-18 spacecraft's engine testing was scheduled to end, but "the thruster firing unexpectedly continued." Shortly after, the ISS lost control of its orbital positioning as it was turned 57 degrees. This prompted NASA's mission control in Houston to prepare the crew for emergency procedures.

After the ISS de-orbited around 0513 Friday, the station's crew regained control 30 minutes later.

De orbited sounds like something that would soon be followed by "re-entry and burn up."  I wonder if there was screaming on board.

"The station's orientation was swiftly recovered due to the actions of the ISS Russian Segment Chief Operating Control Group specialists. The station and the crew are in no danger," Roscosmos continued. 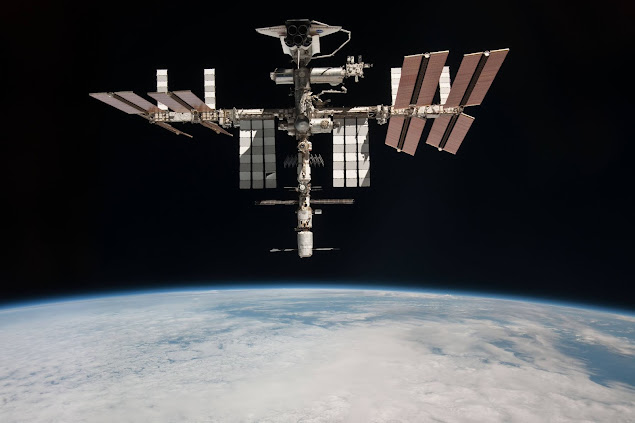 In this image a shuttle is docked.  Better days.

This is the second emergency on the station in the last several months. In July, Russia's Nauka module unexpectedly and mysteriously started firing its thrusters, moving the entire station out of orbit.

Thruster firings of multiple spacecraft deorbiting the station may have already placed unwanted structural stress on the aging station. Several issues have developed this year, including smoke alarms that were triggered after the smell of burnt plastic came from the Russian segment of the space station and numerous cracks have been found, which prompted Moscow to depart from the ISS by 2025, citing the aging station is too dangerous for their cosmonauts.

No kidding, comrade.  Getting to be too dangerous now.