Grimy B-2 in process of overhaul out in Palmdale. 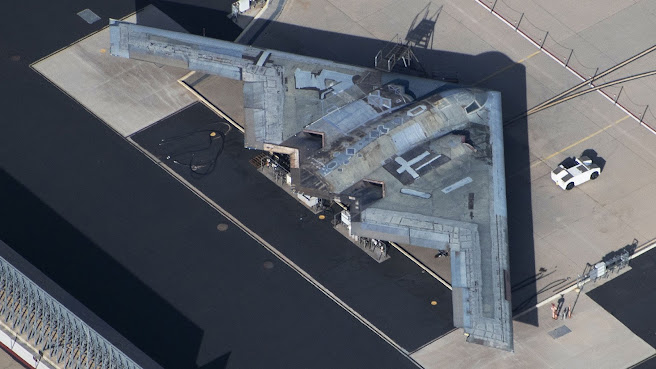 Prior to the order for the new VC-25B Air Force One jets, the 21 B-2 Spirits ever built were the most expensive flying machines mankind ever created. Their design also represented an absolute revolution in aerospace technology, albeit one that is now nearly four decades old. The B-21 Raider, which is being built by Northrop Grumman behind extreme security at the sprawling Plant 42 installation in Palmdale, Calif., will show us the next great leap in stealth bomber technology, but we are still at least months from seeing it. The B-21 is slated to enter service around the middle of this decade, a highly ambitious goal, but until then, its flying wing progenitor will soldier on.

Keeping the Spirit force flying is no easy task. The stealth jets are notoriously finicky and extremely expensive to operate—around $170,000 per hour, putting it at the top of the per hour flight cost rubric for the Air Force's inventory. Parts obsolescence—remember it was built upon 1980s technology—and its tiny fleet size conspire against its readiness. Above all, its sensitive low-observable coatings and structures are maintenance intensive, although they are easier to maintain than they once were thanks to major strides in material science and automated application processes.

Regardless, these jets need a lot of work and every so often — every nine years to be exact — they need a complete depot-level overhaul. That also happens at Plant 42. It's here where the aircraft get disassembled and rebuilt, oftentimes better than they were before with new upgrades to show for its downtime.