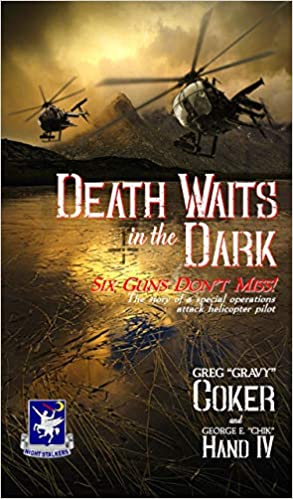 A "Gotta Read" book.
A legendary Night Stalker and AH-6 Little Bird pilot with 11 combat deployments under his belt and 30 years of service, Coker has seen it all. In 2004, his AH-6 Little Bird was shot down by Iraqi insurgents carrying a Man-Portable Air-Defense System (MANPAD). Not only did Coker and his co-pilot manage to crash safely, but they also joined the Delta Force assault team that came to their rescue and immediately went after the very same insurgents who shot them down.
Posted by c w swanson at 11:17 AM