Took a drive up I-5 past Shasta, and into the western mountains.

From near the micro sized town of Gazelle, you could look south east and see Shasta and Black Butte, from across a fine field of green.  You can see the top of the Whitney Glacier, the longest one in California.  It flows down from the top right between Shasta and Shastina, about six miles long. 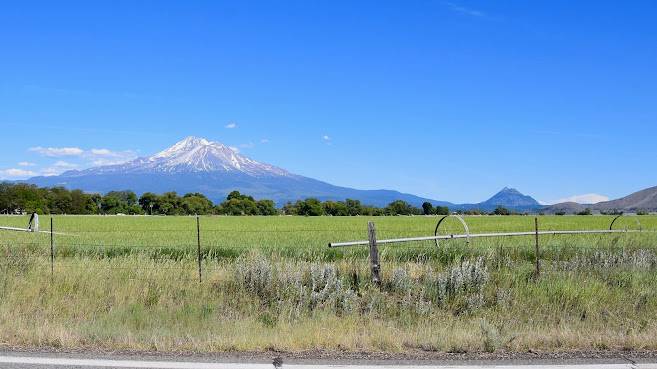 From Gazelle to Callahan, it's through the mountains on a two lane road, tee-ing off with Highway 3.  Callahan is a bit on the run down side, but the emporium is open. 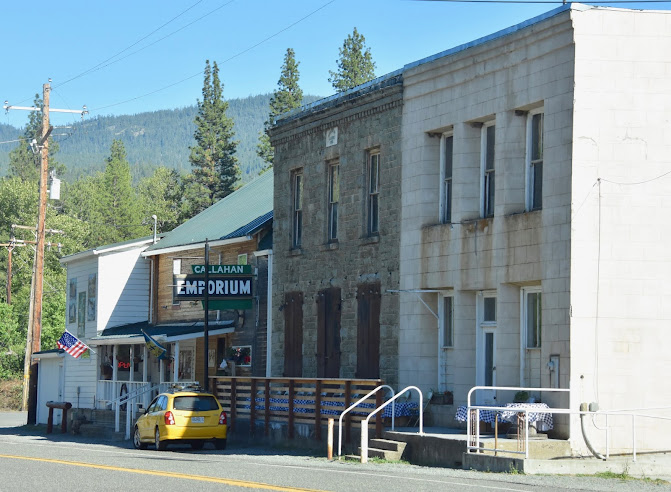 An abandoned doorway in an abandoned building.  Probably pretty creepy at 3am. 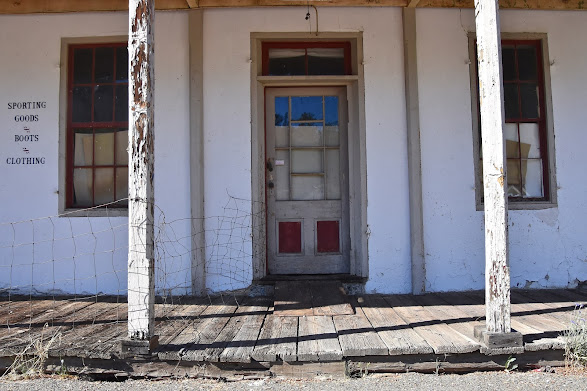 On up Highway 3 to Etna.  Population down about 40 from the 2010 census.  Used to work with someone whose grandmother lived there, at the corner of Diggles Street and Pig Alley 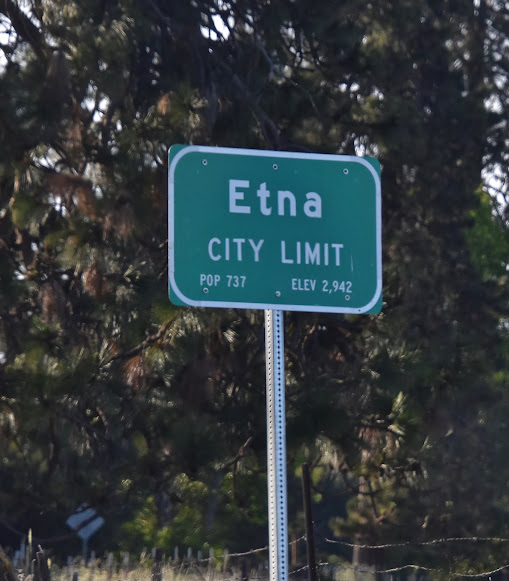 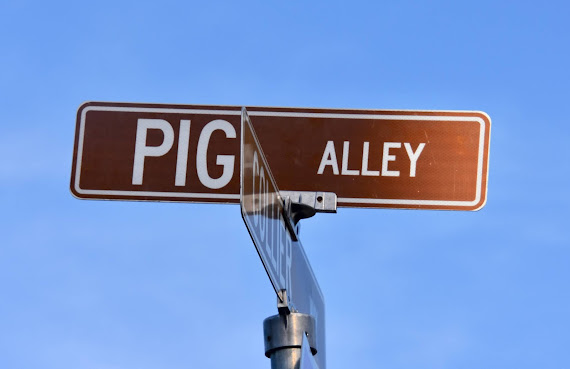 Parked the orange car on the corner of Diggles and Main, and went in to this place to get something to eat.  Very fancy, and they couldn't seat the two of us without a reservation.   Unbelievable.
We ended up across the street at a much more local place that sat us right down and then produced an epic reuben sandwich that I could barely finish. 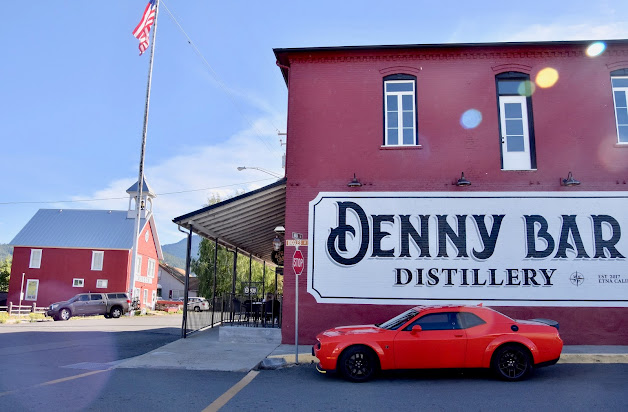 It seems the local deer herd just wanders through town whenever they want.  These landed on the grass outside the local elementary school.  The passage of the rumbly orange car bothered them not a whit. 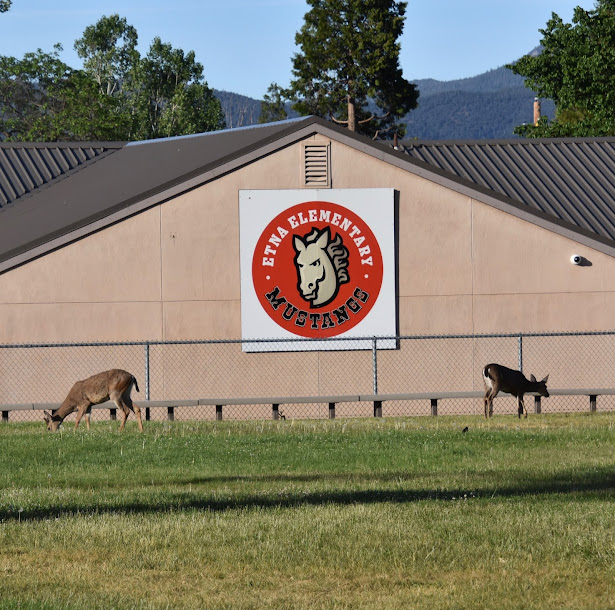 On the way back we took the orange car up through Fort Jones and out east to Yreka, where we caught I-5 back to Redding.  I'd been through Fort Jones once before, about thirty years ago, on my way to the Marbles for a backpacking trip.  Hadn't changed all that much.
A much younger and fitter CW deep in the Marble Mountains. 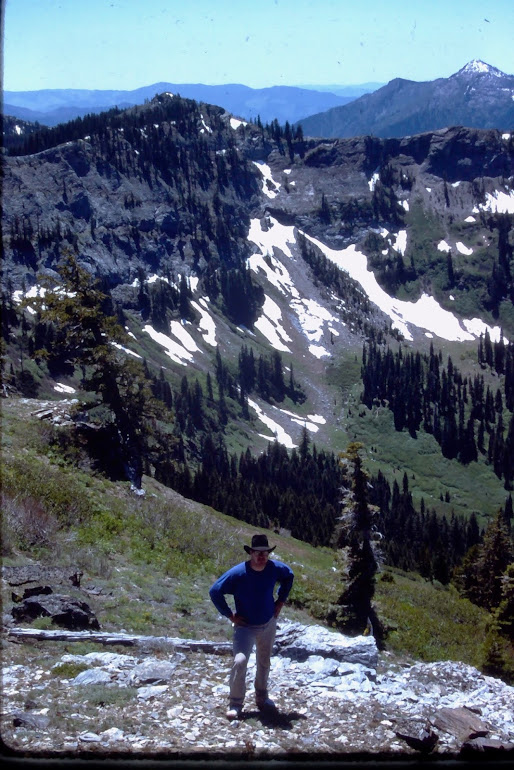 Traffic southbound on I-5 was unbelievably light -- almost eerie.  There was a little more northbound, but  not that much more.  Finally picked up more normal traffic at that bridge over Lake Shasta, which must have been folks that had spent the day at the lake and were heading back to town.
The next two days are predicted to be really hot, and Mrs. CW has to work, so I'll be laying low, but today's little jaunt was fun
Posted by c w swanson at 10:09 PM