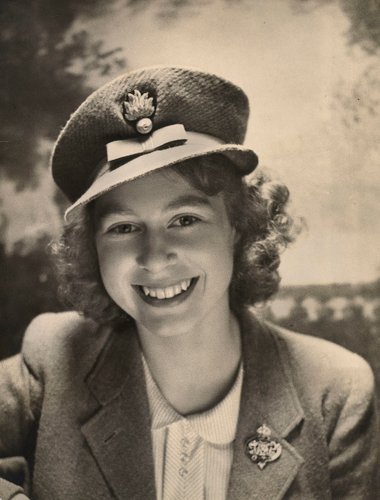 Following the death in January 1942 of her great-great-uncle and godfather, the Duke of Connaught, Princess Elizabeth was appointed on 24 February to succeed him as the Colonel of the Grenadier Guards.

The Grenadier Guards are the most senior of the five regiments of Foot Guards - the others being the Coldstream Guards, the Scots Guards, the Irish Guards and Welsh Guards. Together, the Foot Guards serve as the personal troops of the Sovereign, guarding the Royal Family and fulfilling ceremonial functions as well as normal military duties. Queen Elizabeth is Colonel-in-Chief of all five regiments.