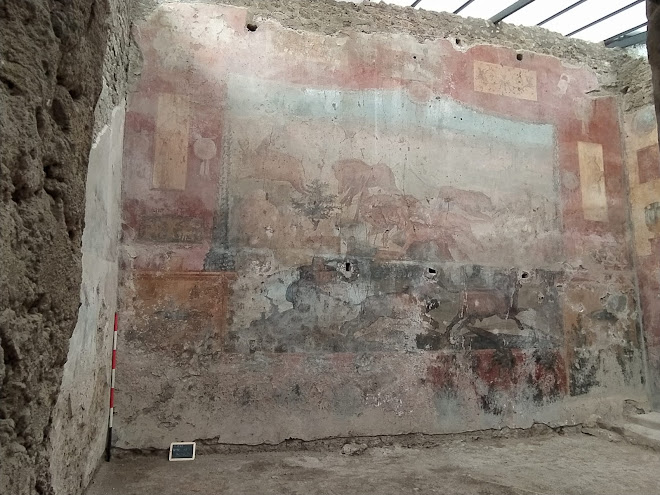 Excavated between May 1913 and August 1914, the House of the Ceii is notable as a rare surviving example of a home from the later Samnite era (2nd century B.C.). Its fine paintings were more recent additions, commissioned in the decades before the eruption of Vesuvius in 79 A.D.
Characteristic of the Romans, the scene is full of activity and violence. 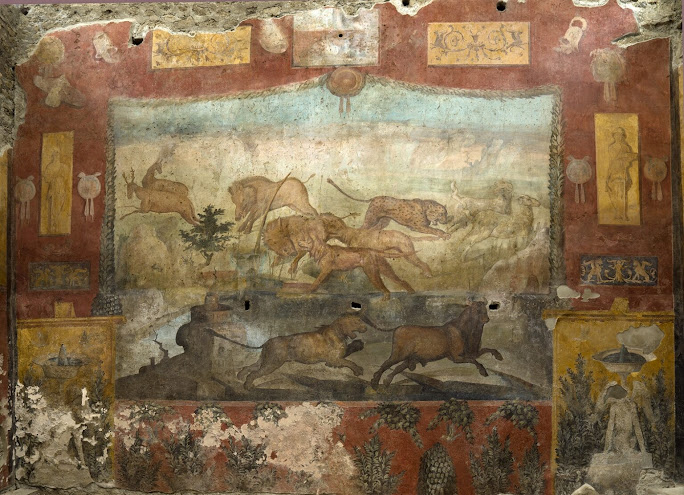 The lower parts of the frescoes were particularly susceptible to damage from the capillary effect drawing water up from the ground. The moisture leaves salt deposits on the surface (efflorescence) which causes severe damage to the paint layer. Over the past year, conservators have undertaken a program of consolidation to keep as much of the paint layer attached to the backing as possible, and cleaned the deposits by both chemical and mechanical means. The most stubborn efflorescence could only be removed with a laser.
Via the always good History Blog.
Posted by c w swanson at 3:48 AM