Least Finnish name ever, but the most Finnish thing to do, ever.

Einar Schadewitz, during the Winter War he hopped on the back of a Soviet tank and tried to pry it's hatch open with a knife, when he couldn't he knocked on it shouting "Open up Ivan death is knocking!" The tank commander barely opened the hatch to see what was up and Einar threw in a grenade, liquidating, literally, the tank crew. 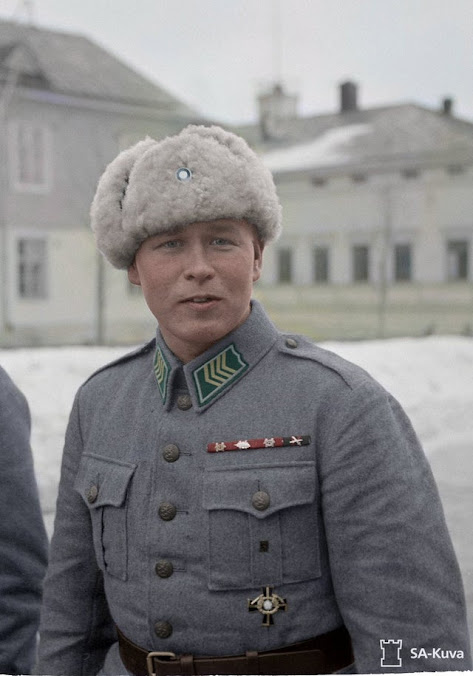