Kettleman City’s Supercharger station, which sits halfway between Los Angeles and San Francisco, is already an immensely popular charge point, but considering Thanksgiving is one of the year’s busiest travel periods, the facility’s 40 charging stalls were insufficient to meet the overwhelming demand.

Kettleman City is an otherwise nondescript small farm town smack in the middle of the San Joaquin Valley on I-5, the major north/south highway. 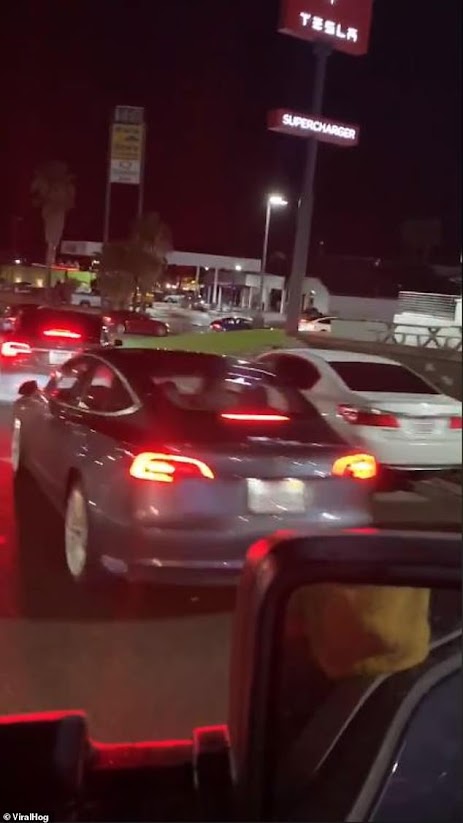 To make matters worse, simultaneous re-charging slows down the speed of charging for everyone – encumbering a process that can already take up to as long as 75 minutes.

Tesla's website says that drivers will have enough to finish their trip on 80 percent, but owners can reach 100 percent fueled in 75 minutes.

This is a problem that can likely be solved for now with new charging stations, but what about when electric cars become more popular, and governments try to outlaw gas engines?  Where's the electricity coming from then?  Huh?

This is just an echo of problems to come if trends continue.