It seems the sun burped out a big solar flare around the corner from us.

Remarkably, this flare was even bigger than it seems. The blast site is located just behind the sun's southeastern limb. As a result, the explosion was partially eclipsed by the body of the sun. It might have been an X-class event.

The flare also hurled a significant coronal mass ejection (CME) into space, shown here in a coronagraph image from the Solar and Heliospheric Observatory (SOHO): 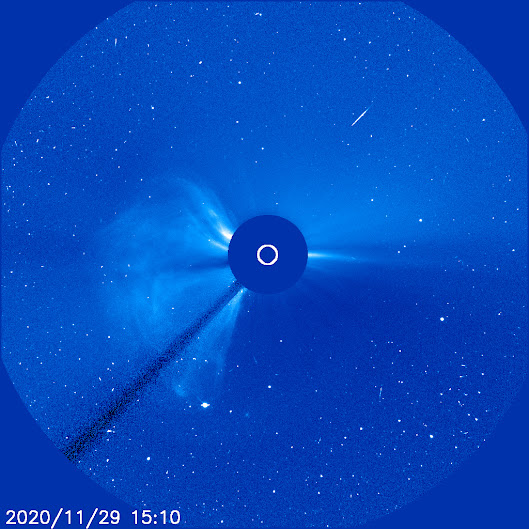 This CME will not hit Earth. It is outside the strikezone for geoeffective solar storms. If, however, it were coming our way, we would be anticipating a strong geomagnetic storm. Maybe next time!

"Next time" could be just days away. The hidden sunspot that produced this major event will rotate onto the Earthside of the sun during the next day or two. Then its ability to spark geomagnetic storms will be greatly increased.