Shave of the Day 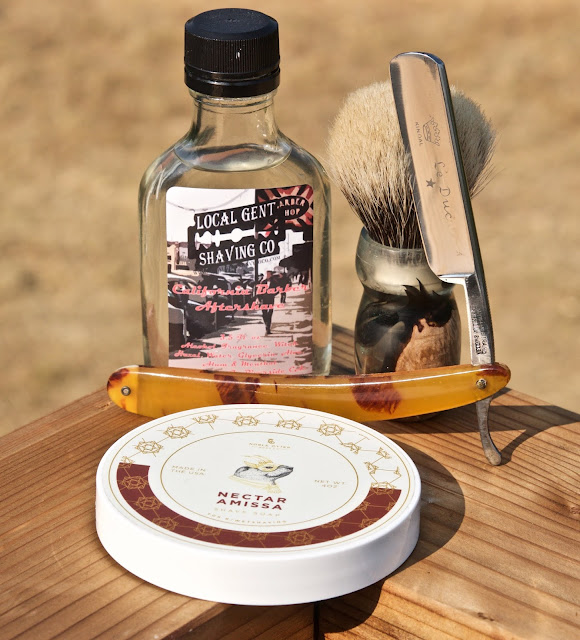 The Nectar Amissa made excellent lather.  Billows of it.

The scent, however, was faint.  For that reason, I’m going to prefer Black Tea and Vanilla, which in contrast has a strong, pleasant scent.

The Local Gent California Barber aftershave was excellent, as always.  I’m now trying to rub as much as I can into the goatee to preserve the scent as long as possible.

One minor cut, in the usual place, under the starboard jaw (looking out from inside) due to the usual attempt to shave against the grain in that awkward spot.   It was a landing issue due to a hugely wrong angle and sloppy approach.  That, in turn, was caused by an attitude of ebullience from getting that far into the shave (the very end of the second pass) without injury.  Hubris, followed by nemesis, as always, and as predicted by the ancient Greeks. 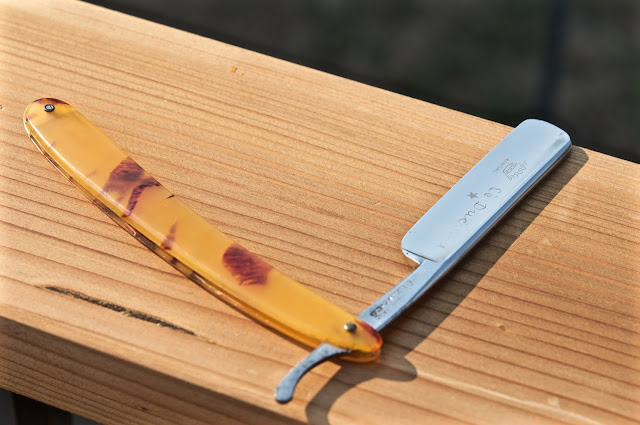