This is a cut and polished chunk of the Chinga Meteorite, weighing 24.82 Troy ounces. 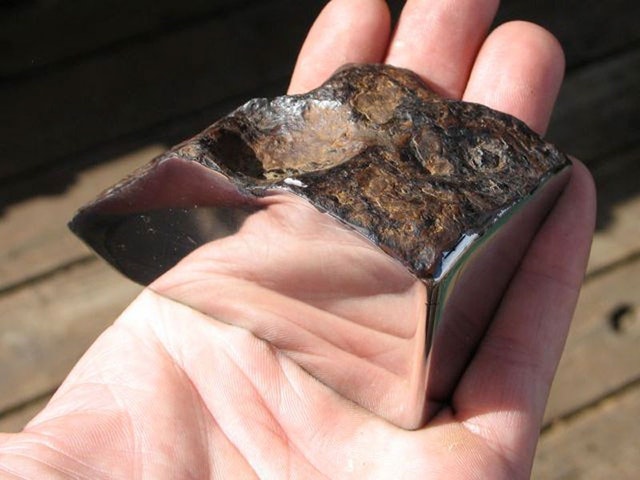 Fragments of the meteorite were found in 1913 by gold diggers in Tuva near the Chinge River after which it is named. Eventually, Nikolay Chernevich, a mining engineer supervising the gold diggers, sent thirty pieces, the heaviest of which was 45 pounds to the Russian Academy of Sciences in Saint Petersburg.  Later expeditions have retrieved about 250 pieces with a total mass of 462 pounds.
No impact structure was found.  Studies from the fluvial deposits in which the meteorites was found, estimate that it fell about 10,000 to 20,000 years ago. It burst during passage through the atmosphere, the pieces probably impacting on a glacier.

Several years ago a meteorite fell near here in Coloma.  The chunks of that one looked like a piece of charcoal from the Weber, not nearly so fine as this one.