What happens if the Tiangong 1 lands in your back lot. 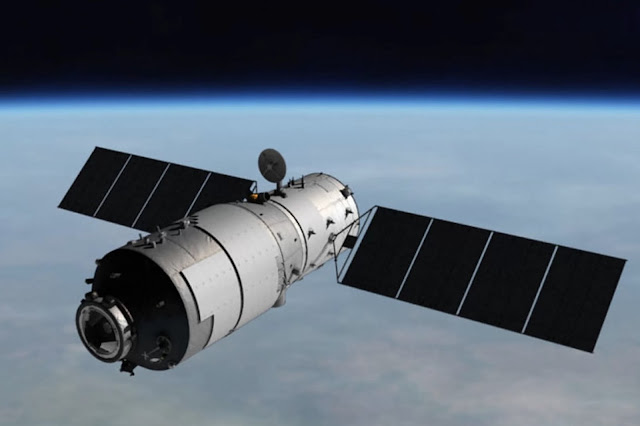 Coming down to a neighborhood near you!


Most of the 9-ton space station will probably burn to bits in the atmosphere — but a few thousand chunks of hot, mangled debris are still likely to survive the trip and land on our planet's surface.

What should you do if a smoking bit of it rockets out of the sky and into your yard?

Stay the heck away, that's what. Don't pick it up, don't poke it with a stick, keep the dog from trying to bury it.

"There are two reasons why you should not approach and touch a piece of space debris," Robert Z. Pearlman, a space historian and editor of collectSPACE.com, told Live Science. "The first is it is a health risk."  There's noxious chemicals that could have survived the fall, and maybe radioactivity at dangerous levels.

Plus, there might be a sharp edge or two - horrors!

Second, and this really is a reason for the trembling leafs out there to worry, it will still be the legal property of the Communist Chinese government.  They might want it back.

Well, if you drop a glob of molten space station in my yard, it is mine now.  Come and get me, you illegitimate commie bastards!   Just like those sand spits in the South China Sea, I'm occupying your hunk of space debris, and declaring it my sovereign property. Stay twelve miles away!   Hey, you Mao boys set the precedent, don't be complaining when what you started comes back and bites you in the hind end!
Posted by c w swanson at 5:09 AM