A school in Florida that dumped the Common Core program in favor of traditional teaching methods has soared to the number one position in the State’s top schools list, according to government statistics. 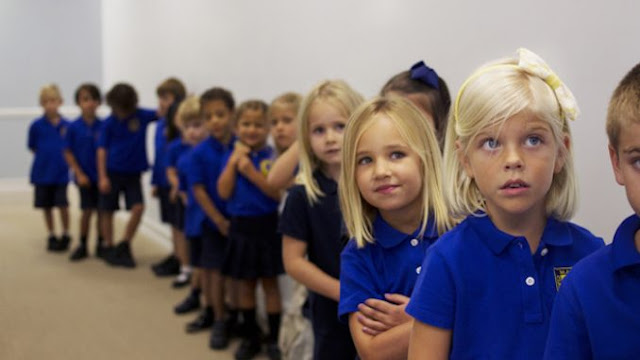 Mason Classical Academy, a charter school in Naples, Florida, decided against forcing kids to learn the Obama endorsed Common Core method of teaching, due to the way it deliberately dumbs down children and created unnecessary and complicated methods for working out relatively simple problems.


Thanks to the classical approach of phonics, an impressive 90 percent of the third-grade students at Mason Classical Academy were proficient in English Language Arts, compared to just 58 percent in the county overall, most of whom rely on Common Core. In fact, the MCA third-graders were in Florida’s top two percent, while fifth graders from the academy ranked in the state’s top one percent.
These students look even better when you compare them to California, where the state average is just 43 percent proficiency among third graders. Even worse, six public schools in Baltimore do not have a single student who is proficient in either English Language Arts or math. It’s almost like students are being set up to fail.
The state should now try a 50/50 approach, leaving half of public schools in Common Core, and the other half in traditional teaching methods, and see what happens.  Competition!
Posted by c w swanson at 10:21 AM