Stormy, whose real name is Stephanie Clifford, looked like a cat fresh out surgery compared with both her attorney and Anderson Cooper.

Maybe she was thinking of Trump.  The interview, which I didn't watch, was reputed to be a big nothing burger.  Now everyone is speculating about what drugs she was on.  I think her 15 minutes of fame is about up. 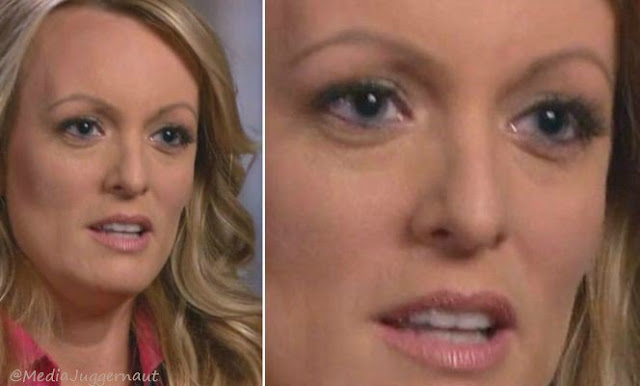 A mydriatic pupil will remain excessively large even in a bright environment.
Classical stimulant drugs (such as amphetamine and cocaine) function as powerful norepinephrine reuptake inhibitors in the brain (increasing the brain's concentration of norepinephrine), with some (notably methamphetamine and MDMA) also being releasers of norepinephrine, "liberating" it from synapses where it has already been sequestered via reuptake. The effect of this torrent of freshly active norepinephrine is the classical "forced stim" of the speed user, one hallmark of which is severely dilated and non-responsive pupils, which are stuck "squeezed open" due to the ongoing muscle stimulation. -Wikipedia


Stormy, her lawyer, and Anderson Cooper. 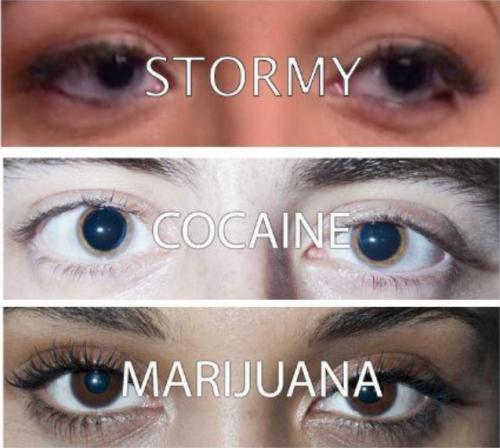