The Steve McQueen Bullitt Mustang surfaces after years in some guy's garage. 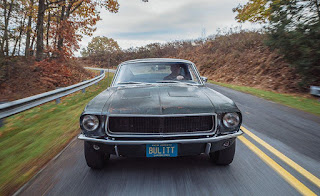 Steve McQueen’s Highland Green 1968 Ford Mustang GT fastback vanished 38 years ago. The ominous-looking pony car with the barking 390-cubic-inch V-8, which starred in one of the greatest chase scenes in movie history in the film Bullitt—with McQueen doing the driving in many of the shots—may have been lost, but it was never forgotten. Certainly not by Mustang aficionados, who speculated on its whereabouts for almost four decades, titillated by the occasional internet post or word of a spectral sighting. 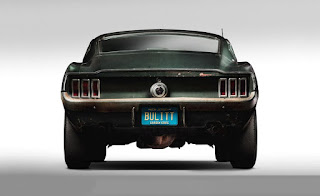 The Bullitt Mustang never would have resurfaced in Detroit had it not been for a coincidence of cosmic proportions, the sheer luck of fortuitous timing, and, especially, the efforts of a determined coterie of emotionally invested volunteers.

Sean Kiernan, 36, inherited the Bullitt from his late father. Bob Kiernan had purchased it in 1974 from an ad in our sister publication, Road & Track, to replace the family’s only car, an MGB/GT. “You have to remember that, at the time, ‘movie cars’ were not really sought after,” says Kiernan. His father liked the idea that it had been used in a movie, “but the big factor was that it handled amazing and had huge amounts of power, especially compared to an MG.”

The Kiernans initially felt so casual about the Mustang’s connection to the film that they employed it as a daily driver. Sean’s mother, a schoolteacher, drove it for about five years, at which point it developed clutch trouble. It was parked in 1980, a year before Sean was born.
Kiernan grew up to be a car enthusiast like his father, and the two made a couple of attempts at fixing up the old green Stang themselves. They got as far as taking the car partly apart and having the engine freshened.
“The odd thing that happened,” says Kiernan, “is that the car just stayed in the garage all those years, as a project car does, and the internet was born while she just sat there—and in turn the rumors began to form. Not until 1999 was there any intention of keeping it under lock and key and a secret. My father and I always wanted to reveal it in the right way to squash any rumors that he was a hoarding car collector, and then I was just going to drive it to have fun.”
Then came the coincidence that changed everything. In December 2015, Kiernan, a salesman of automotive paint and supplies who lives outside Nashville, was returning from a day of sales calls with his boss, Casey Wallace. Wallace, the company’s regional sales manager, had come in from out of town. On the long drive back to the office, Wallace asked Kiernan what cars he had inherited from his father.
“A ’75 Porsche 911 and a ’68 Mustang GT 390 fastback,” answered Kiernan. Wallace was intrigued and wondered what color the Mustang was. “Green,” replied Kiernan. “Huh,” responded Wallace. “Sounds like the Bullitt Mustang.”
Kiernan recoiled. Was the family secret blown? Kiernan knew Wallace was no car guy. “He barely knows how many tires are on his truck. How the hell did he know anything about Bullitt?”
What Kiernan did not know about his boss was that Wallace had a side business. Wallace explained to Kiernan that he and his best friend, independent film and video director Ken Horstmann, were partners in a film-production company called Spyplane Films. They’d been trying to get an action-adventure movie made that Horstmann had written several years earlier. It revolved around two 18-year-old friends discovering the Bullitt Mustang in a barn and what happens after they buy it for a few thousand dollars from the owner, who doesn’t know what it once was. Bad guys arrive and separate the kids from the car. Mayhem and car chases ensue.
Wallace and Horstmann were working on financing their movie venture. Wallace, who lived in Atlanta, was taking advantage of his trip to Nashville to speak with a potential investor while he was there. “How close is your car to looking like the Bullitt Mustang?” asked Wallace. “Um, damn near exactly like it,” Kiernan answered, stunned.
“And then,” recalls Kiernan, “I had this overwhelming feeling. It was actually the first time I had felt my father’s presence since he had passed away. I felt him in the truck with us.” And suddenly Kiernan knew what to do. “The car you’re talking about,” he said to Wallace, “the one that’s been lost forever? It’s sitting in my garage. I’ve got it.”
“I couldn’t breathe,” recalls Wallace. Once he recovered from Kiernan’s revelation, he asked if his filmmaking partner could see the car. The three met the next day and spent hours talking about what they might do together. “We made a pact,” recalls Horstmann. “We decided to do three things: to tell Sean’s story as a way to honor his father, to reveal the Bullitt to the world, and to make our movie.” It was enough to motivate Kiernan, a hands-on car guy with lots of experience wrenching, to reassemble the Bullitt and get it running again.
Go here for the rest of the story.