Something's been going on here for 8 thousand years 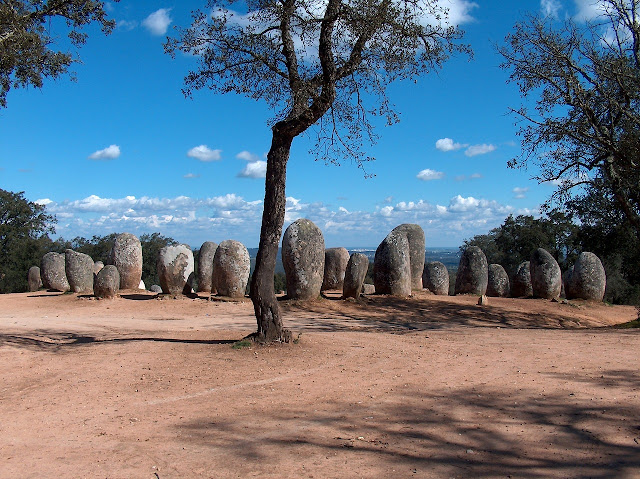 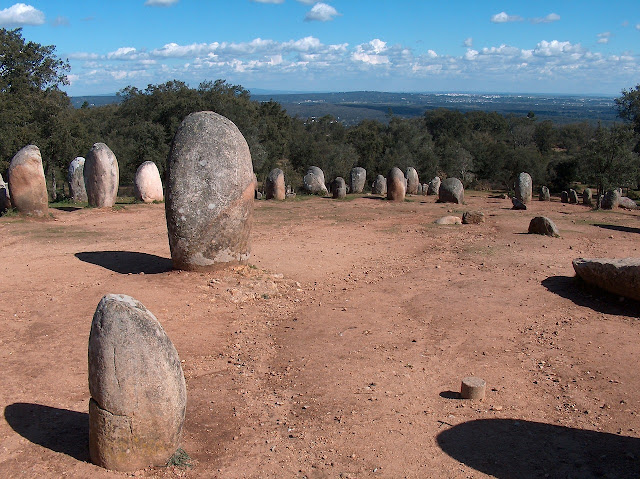 The Cromlech of the Almendres (Cromeleque dos Almendres) is a megalithic complex located near the village of Nossa Senhora de Guadalupe, in the civil parish of Nossa Senhora da Tourega e Nossa Senhora de Guadalupe, municipality of Évora, in the Portuguese Alentejo. This is the largest existing group of structured menhirs in the Iberian Peninsula and one of the largest in Europe. The site consists of several structures including cromlechs (stone circles) and menhir (standing stones), that belong to the so-called “megalithic universe of Évora,” with clear parallels to other cromlechs in Portela Mogos (in Montemor-o-Novo). The construction of these structures date back to the 6th millennium BC.
The excavation of the site unearthed a series of construction phases; Almendres I 6000 BC (Early Neolithic), Almendres II 5000 BC (Middle Neolithic), Almendres III 4000 BC (Late Neolithic). The relative chronology of the cromlech and menhirs is extremely complex and covers a period from the Neolithic to Chalcolithic, and it is believed that the monument had a religious/ceremonial purpose, or functioned as a primitive astronomical observatory. 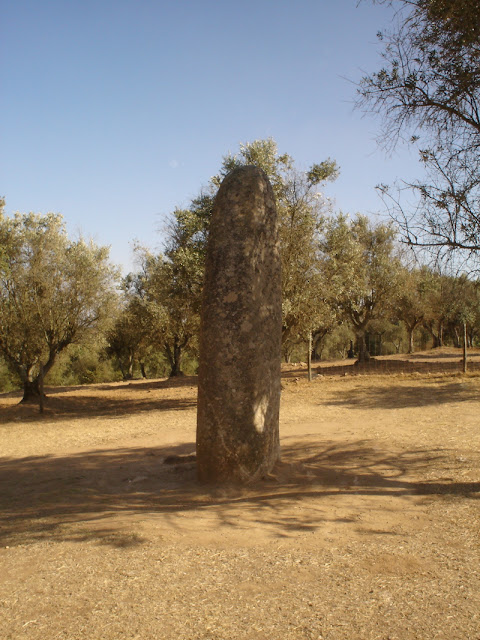 A isolated single menhir, approximately 4.5 metres tall and 0.9 metres in diameter is located near the residences, or 1400 metres northeast of the main complex. A line from the Almendres Cromlech to this menhir points roughly towards the sunrise in the Winter solstice.