Eric Clanton, formerly a professor at Diablo Valley College, has been charged with assault for an April incident in which he allegedly bashed a Trump supporter over the head with a bike lock. The victim’s head was left bloodied and wrapped in bandages. 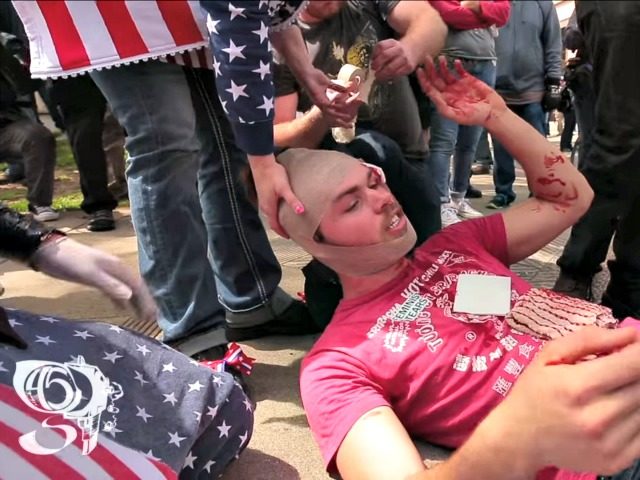 Here's the professor's actual attack.  Notice how he sneaks up, like the coward he is, behind a woman for cover, then strikes.

The real story is the incredible work the internet did to identify him and push the DA into filing charges.

If convicted, Professor Clanton deserves to  rot in jail for decades.  Best of luck to the DA on this one.