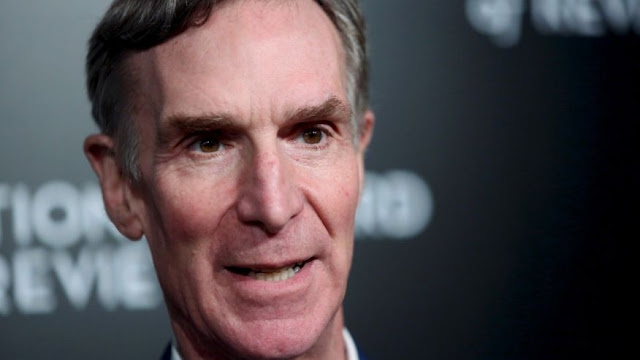 The Left eats their own.

However, I've heard that this kind of cheating is very common in the entertainment industry.  Nye should never have agreed to a percentage of the net, as this tempts dishonest network people to overstate expenses almost without limit, shrinking the "net" down considerably.

He further should have contractually required Disney to allow an accountant of Nye's choosing unlimited access to all information relevant to this issue from the beginning.  That would have taken much of the temptation of cheating away.

Or, he should have had his lawyers craft an alternative way to be paid that wouldn't allow the network to allegedly play this number game.

As it is, his attorney's fees will likely eat up a significant portion of any settlement, and Disney will ultimately settle.  There's nothing the network wants less than an airing of their practices, which could cause them significant reputational damage if Nye finds the evidence he says is there.

I'm not a fan of Nye's politics, but if Disney cheated him, I hope he gets what he deserves.