Something serious is afoot.

Top Trump administration officials will hold a rare briefing on Wednesday at the White House for the entire U.S. Senate on the situation in North Korea, senior Senate aides said on Monday.
All 100 senators have been asked to the White House for the briefing by Secretary of State Rex Tillerson, Secretary of Defense Jim Mattis, Director of National Intelligence Dan Coats and General Joseph Dunford, chairman of the Joint Chiefs of Staff, the aides said.


While top administration officials routinely travel to Capitol Hill to address members of Congress on foreign policy and national security matters, it is unusual for the entire 100-member Senate to go to such an event at the White House, and for those four top officials to be involved.
House aides said they were working with the White House to set a similar briefing for members of the House of Representatives.
And isn't it presidential and proper for him to do this.  Let the people's representatives know the score and participate in the decision making process.  They'll appreciate it, and it is the right thing to do.

Dad! They're being mean to me! 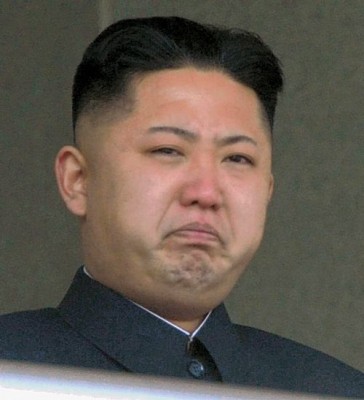 Dad's dead and gone, little chubby dictator.  Now that you've pissed off the big boys, you get to suffer the consequences. 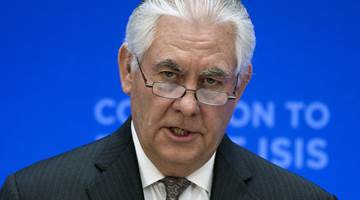