Al Gore nowhere to be seen.

“Ice too thick for coast guard’s heavy icebreaker” said a 20 April 2017 CBC report on the state of ice in the Strait of Belle Isle. The pack is thick first year ice (four feet thick or more in places) and embedded with icebergs of much older, thicker ice. The ice packed along the northern shore of Newfoundland is hampering fishermen from getting out to sea and is not expected to clear until mid-May.

NASA Worldview shows the extent of the pack ice over northwest Newfoundland and southern Labrador on 19 April 2017 (the Strait of Belle Isle is the bit between the two). 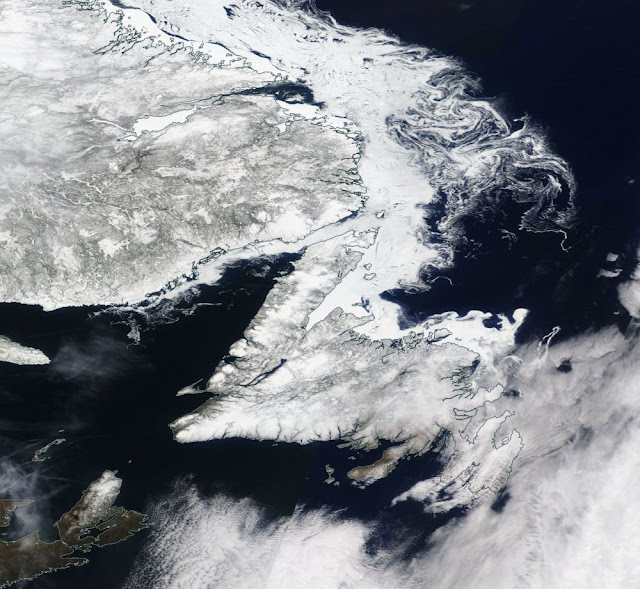 The same day that the above satellite image was taken (19 April), at the north end of the Strait on the Newfoundland side, a polar bear was spotted in a small community northwest of St. Anthony (marked below,  “Wildberry Country Lodge” at Parker’s Brook). It’s on the shore of north-facing Pistolet Bay on the Great Northern Peninsula, near the 1000 year old Viking occupation site of L’Anse aux Meadows.

Harp seals are now abundant in the pack ice of southern Davis Strait, providing polar bears with an ample source of food when they need it most and therefore, a strong attractant to the area.

All the photos taken this year show fat, healthy bears – not animals struggling to survive.
There’s much more -full story here: https://polarbearscience.com/2017/04/22/sea-ice-off-newfoundland-thickest-ever-yet-another-polar-bear-comes-ashore/
Then there's this: 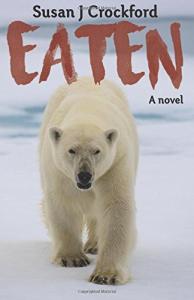