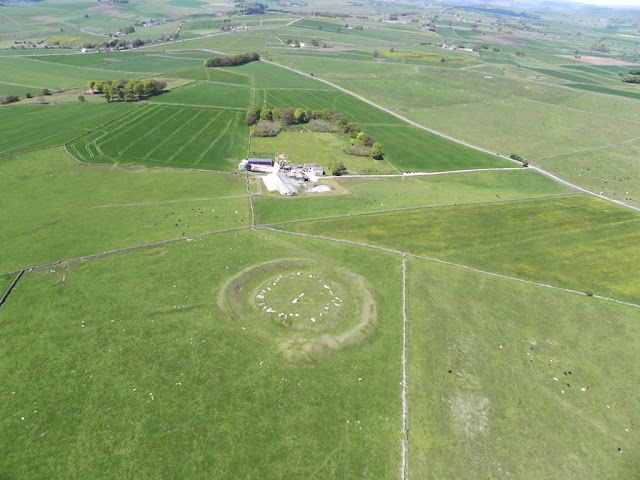 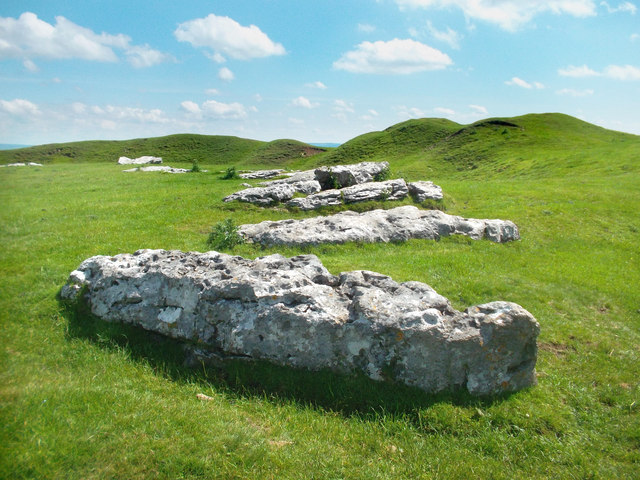 Arbor Low is a Neolithic henge monument in the Peak District of Derbyshire. It consists of about 50 large limestone blocks, quarried from a local site, which form an egg-shaped circle, with monoliths at the entrances, and possibly a portal stone at the south entrance. The stones are surrounded by an oval earthen bank and ditch. There is also a large pit at the north entrance, which possibly contained a stone. Some of the stones are broken; some of these fragments may originally have been joined together, such that there were originally between 41 and 43 stones.
The bank and ditch of the henge, as well as its two entrances, were probably established in the Late Neolithic period, with the stones added later, some time before 2000 BC. The site seems to have been in use until into the Bronze Age, which was when the outer bank was reconstructed so that the round barrow could be erected. Few henge monuments in the British Isles are as well preserved.