But, the priest did the right thing.  He needs to go to confession, but to do that he'd be there a week.  Better schedule that beforehand.


Father Robert E. Morey of Saint Anthony Catholic Church refused to allow the Democratic Party presidential front-runner to participate in the holy sacrament of communion when Biden appeared at the church’s 9am mass on Sunday.
“Sadly, this past Sunday, I had to refuse Holy Communion to former Vice President Joe Biden,” Father Morey said to the Florence Morning News in an email.
Biden, who has been a life-time Catholic, has betrayed his Catholic faith in order to advance his career in the rabidly anti-life Democratic Party. He has evolved over the years on the issue of abortion in order to maintain within his party’s favor, turning his back on his long-standing religious beliefs. 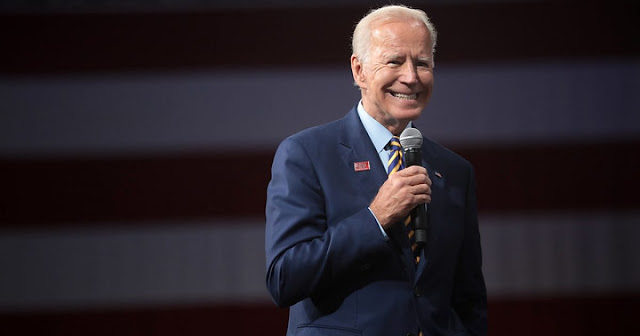 Ever see a more forced smile?

Slow Joe's getting pretty old, so he might better consider his place in eternity rather than a quixotic run for the presidency.