Must be because of Global Warming/Climate Change.


The clarity of Lake Tahoe's cobalt blue water improved last year from its worst level in a half-century after weather and runoff returned to more normal conditions at the alpine lake straddling the California-Nevada line. 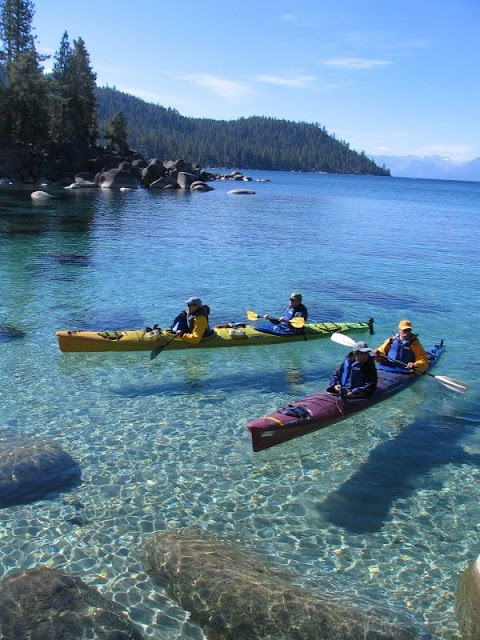 A dinner plate-sized disc used to measure clarity was visible at an average depth of 70.9 feet (21.6 meters) in 2018, scientists at the University of California, Davis, Tahoe Environmental Research Center said Thursday.
That's an improvement of over 10 feet from what it was in 2017.
The new clarity measurement is in line with the five-year average of 70.3 feet (21.4 meters) — an improvement of nearly a foot (30 centimeters) from the previous five-year average.
Clarity was best when it first was recorded in 1968, with an average depth of 102.4 feet (31.2 meters). The disc used to measure it typically was visible at depths of 85 feet (30 meters) or deeper through the 1970s and hovered near the worst levels during a severe drought in the late 1990s.
Posted by c w swanson at 7:14 AM