The pilot who landed the stricken Southwest flight had "nerves of steel." 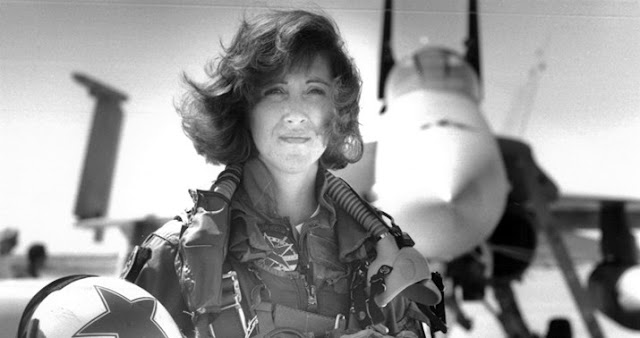 You’ve probably read about the near-disaster of Southwest Airlines flight 1380, which had to make an emergency landing after an engine exploded at 32,000 feet. It will be months before the NTSB releases a final report, but investigators are already saying one of the blades on a fan inside the engine had broken off. Some piece of shrapnel set loose by the broken blade struck a window leading it to shatter. That led to decompression of the cabin which sucked one woman, Jennifer Riordan, partly out of the plane. Passengers rushed to pull her back inside and then provided CPR but she was later pronounced dead.

Meanwhile, the plane’s captain, a former Navy fighter pilot, remained extremely calm, quickly dropping the plane to an altitude where passengers could breath without masks and asking for a new heading to the nearest airport.

This recording of her talking with the air traffic controllers during the crisis is simply fascinating, and speaks volumes about the superior quality of the people flying these big airliners and those controlling the airspace.

Shults joined the Navy in the mid-1980s and became one of the first women pilots of the F/A-18 Hornet. Shults resigned in 1993 just a few days before the Navy requested that women be allowed to fly in combat.
After landing the plane, Shults greeted every person getting off the plane. Some of them hugged her.
Posted by c w swanson at 8:33 PM